The body fragments were found in the well of the city's sewage system, only 300 meters far from the residential area, where the children lived

Forensic experts concluded that the burnt fragments of human bodies that were found in the city of Krasnoyarsk on May 8th belonged to five teenage boys, who had been reported missing on April 16th.  The Prosecutor of the Krasnoyarsk region, Viktor Grin, added, that the expertise had not been completed yet. 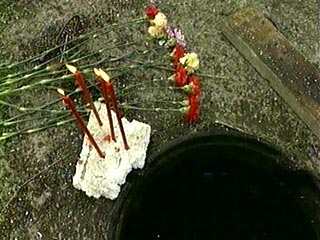 When the five boys mysteriously disappeared, law-enforcement services believed at first that it would not be hard to find them. Police officers supposed that the boys decided to take an adventure and leave their homes to taste life without parents' control. It was reported later that the boys had been spotted in a neighboring town, begging passers-by for money. The reports proved to be false afterwards. Law-enforcement authorities eventually had to put the five Krasnoyarsk boys on the federal wanted list. The search for the missing boys is still underway: final results will be exposed when forensic experts complete the identification of the bodies, the burnt fragments of which have been recently found in a well of the city's sewage system.

Oksana Taumanova, the mother of one of the missing boys, said that spokespeople for regional law-enforcement authorities did not present the parents any evidence that was found on the scene: a keychain, which one of the boys could probably own, a shoe and a door key.

”Somebody killed them and burnt their bodies afterwards. I am 100 percent sure of that. The kids would never climb into the sewage well. It is impossible to get in there. It is a rather deep cement hole, the boys would never be able to do it,” Oksana Taumanova told reporters.

”We were not allowed to enter the site, where the burnt bodies had been found,” the father of one of the boys told the Nezavisimaya Gazeta. “We know that there is a witness: a local drunkard, who helped the officers take the body fragments out. The man was not too drunk, he was quite sane. He particularly said that the bodies did not look like burnt. He also added that he could see traces of strangling on the necks. Someone saw pieces of clothes being taken out from the hole. Now the authorities say that the bodies had been burnt and there were no clothes found at all. They said that they found a key and a keychain. Why couldn't they show the evidence to us, parents? They did not let us to the scene; we were not allowed to see the bodies in the morgue either. The local morgue has been sealed. The police of Krasnoyarsk are trying to give everything for an accident, they do not want to investigate the case,” the desperate man said in the interview. 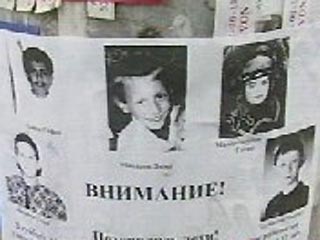 It is worth mentioning that nobody knows, who found the burnt fragments in the sewage well and at which circumstances. The official statement released from the press service of the Krasnoyarsk Office of the Public Prosecutor said that the first examination of the bodies revealed no traces of violent death. The body fragments have been found in the well of the city's sewage system, only 300 meters far from the residential area, where the children lived, Newsru said.

The relatives of the missing children said that they had visited and searched that place with police dogs before, but did not find anything.

The parents of the missing children are determined to picket the building of the regional police administration with a requirement to inform them of the found bodies. The chairman of the Criminal Investigation Department of the Russian Internal Affairs Ministry, Vladimir Gordiyenko, stated that the search for the five missing Krasnoyarsk children would continue. Gordiyenko added, however, that the current information is not enough for any conclusion. “It is not ruled out that criminals were not involved in what happened to the children. An accident is quite possible too,” said he.