Over 5,000 convicts in penitentiaries of St.Petersburg and the Leningrad Region would not eat 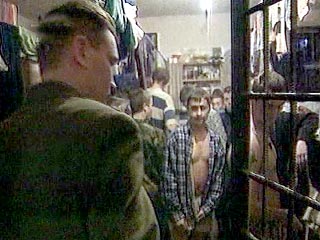 RBC news agency was told at the public relations subdivision of the RF Justice Ministry's Penitentiary Department that over 5,000 convicts in penitentiaries of St.Petersburg and the Leningrad Region would not eat. The hunger strikers state they resorted to the measure because of unlawful doings of the administration of the penitentiary #4 towards prisoners. All petitions written by the convicts are identical.

The PR subdivision reports the situation is being under control in St.Petersburg penitentiaries. It is said, "the number of hunger strikers is reducing" in those penitentiaries where convicts have resorted to the measure. 2,196 people went on hunger strike as of February 25; they partially satisfy hunger with sugar, tea and other products. An investigation into the case has been launched by the Penitentiary Department together with the Prosecutor's Office.

The Arestant website owner also says that a penitentiary in the settlement of Fornosovo in the Leningrad Region is a prison where the police dictates its rules, that is why both penitentiaries have gone on a hunger strike to support the penitentiary #4. Oleg Trunov adds: "A hunger strike is a hard thing: prisoners give up any meals even smoking, people are deprived of the right for pre-schedule discharge. The situation must be extremely bad in the prison of Fornosovo. It is difficult to say what measures might have driven prisoners to a hunger strike."

It is also reported that a special commission have recently visited the penitentiary in Fornosovo, however it found out no violations. Deputy Director of the RF Justice Ministry's Penitentiary Department Major-General Sergey Boltkov told journalists the other day, the decision of several thousands of prisoners to go on hunger strike "were not connected with the conditions of imprisonment". He adds, a commission of the Department is looking into the reasons which made prisoners to go on a hunger strike.

"The hunger strike has definitely no connection with the imprisonment conditions; today enough money is appropriated for food of prisoners." However, Sergey Boltkov says the action was initiated by some other forces, even probably criminal ones, ITAR-TASS reports.

The major-general has admitted the hunger strike and added that usually prisoners resort to the measure for some personal reasons or because of conflicts with the administration.

Based on publications of Russian mass media