War in Yemen to explode Persian Gulf and oil market

Last week, 53 were killed and more than 100 were injured when Saudi warplanes attacked the port city of Hodeidah in Yemen. The state of affairs in Yemen is close to a humanitarian disaster. According to the UN, more than 22 million people living in the country (almost 80 percent of the population) suffer from undernourishment and constantly need humanitarian assistance. As many as two million Yemeni citizens have been left without homes as a result of the war in the country. 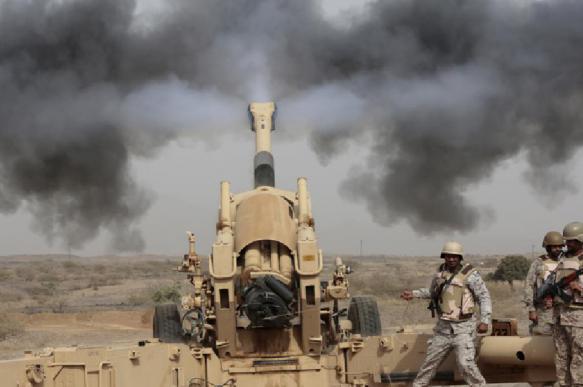 In addition to all those problems, Yemen stands on the brink of an epidemic of cholera. Members of the UN Security Council called on the parties to the conflict to take steps to prevent the development of the humanitarian catastrophe in Yemen. UN Special Envoy for Yemen, Martin Griffiths, announced the convening of special talks in Geneva on September 6 to give parties an opportunity to come to a peaceful agreement.

However, chances for peace in Yemen are slim, because this country (located in the south of the Arabian Peninsula) has turned into an arena of collision of interests of two feuding coalitions.

On the one hand, the United States and the Arab coalition, which the Americans support, try to defeat the movement of Houthi rebels. On the other hand, Russia and Iran, also having their own geopolitical interests in the region, declare that they will not allow the defeat of Shiite Houthis.

Yemen is washed by the waters of the Red and Arabian seas. The country controls the transportation of oil from Saudi Arabia through the Bab-el-Mandeb Strait. Saudi Arabia transports about 800,000 barrels of oil through this strait on a daily basis. However, after the Houthi missile attack on Saudi tankers last week, Riyadh cut the traffic to 100,000 barrels a day. The move caused panic on the world oil market, and oil prices went up.

The outcome of the civil war in Yemen largely depends on the current confrontation between government troops and rebels in the port city of Hodeidah. The Saudi coalition launched an offensive on the city two weeks ago, but the Houthis still keep this city under control.

The USA and Saudi Arabia suspect that the port of Hodeidah receives batches of arms under the guise of humanitarian cargoes. Iran admits that it provides moral support to Yemeni Houthis, but denies arms shipments to the country.

Russia has distanced herself from both sides of the conflict in Yemen. The Kremlin has not responded to the written appeal from the Houthi leader to intervene in the Yemeni conflict. The Russian Foreign Ministry issued a formidable warning demanding the Saudi coalition should immediately cease hostilities in the vicinity of the city of Hodeidah. "The storming of Hodeidah threatens to result in disastrous consequences for all of Yemen," the Russian Foreign Ministry said in a statement.

Russia wants Riyadh to sit down at the negotiating table with Houthi rebels and find a peaceful solution to the conflict.

The ongoing war in Yemen may turn the country in another Afghanistan, where chaos and violence will reign for decades. If Tehran decides to openly support Houthi Shiites in Yemen, this could lead to a large-scale military conflict between Iran and Saudi Arabia, which would resemble the eight-year war between Ayatollah Khomeini and Saddam Hussein in 1980-1988. The fire of this war can blow up the world oil market, and prices for black gold may rise to as high as $150 per barrel.