Mass clashes between Palestinians and Israeli soldiers took place on May 14 on the border of the Gaza Strip and Israel on the eve of the opening of the US Embassy in Jerusalem. The number of killed and wounded people is constantly growing. According to most recent information, the death toll has reached 40 and is still counting. The number of the wounded nears 1,700 people, at least 74 of them are teenagers under 18 years of age. There are women and journalists among the wounded too. 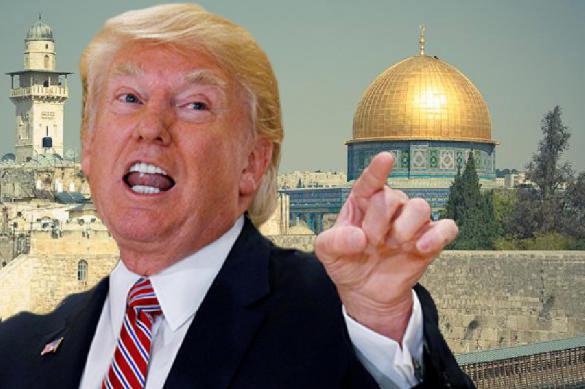 Most of the wounded and the killed received gunshot wounds. A 14-year-old teenager and a woman are among the dead, Tass reports.

Several thousands of Palestinians, residents of the enclave, take part in the protests. According to Al Jazeera, it goes about 10,000 people. According to incoming information, the protesters are making attempts to break through the border of the Gaza Strip in several places, where the protests are taking place. Enclave residents are trying to destroy the barrier and break into the territory of the Jewish state.

Mass actions of protest in Gaza are being held within the framework of the so-called "March of Return." These actions having been taking place regularly since the end of March, when the Palestinians celebrated the Land Day in memory of six Arabs, who died in 1976 during protests against the alienation of hundreds of land plots by the Israeli authorities. Violent clashes on the border have already claimed nearly 60 lives of Gaza residents.

The protests resumed on Monday morning in connection with the upcoming opening of the US Embassy in Jerusalem, where the embassy will be relocated from Tel Aviv in accordance with Donald Trump's decision from December 2017.

The protests are expected to reach their peak when millions of people are to march from the Gaza Strip to the border on May 15, when the Palestinians mark the Day of the Catastrophe (An-Nakba) the day after the anniversary of the creation of the State of Israel.

Israel's actions have drawn criticism from members of the Committee on the Elimination of Racial Discrimination, which is an executive body of the United Nations Organization. They issued a statement calling on the Israeli authorities to immediately put an end to the disproportionate use of force against Palestinian demonstrators in the Gaza Strip, refrain from any action that might lead to further human casualties and ensure the rapid and unhindered access of wounded Palestinians to medical assistance.

Experts also believe that Israel should initiate an "impartial and independent investigation of the use of force against Palestinian demonstrators in accordance with international standards" and bring those responsible to justice. The Committee expects that all Palestinians shall be provided with the opportunity to enjoy their rights in Israel-controlled territories in accordance with the Convention on the Elimination of All Forms of Racial Discrimination.

Meanwhile, the leader of Al-Qaeda* terrorist organization Ayman al-Zawahiri, urged his supporters to continue the jihad against the United States, reports The Guardian.

In a five-minute video called "Tel Aviv is also a Muslim land," Al-Zawahiri, who led the terrorist group after the assassination of Osama bin Laden in 2011, condemned the conciliation policy of the Palestinian administration and called it representatives "traders of Palestine." Al-Zawahiri called on his followers to take up arms.

In his statement, Al-Zawahiri noted that Trump has showed the true face of modern crusaders, and one needs to fight with them through mobilization and Jihad. He reminded that Bin Laden had declared the US "the prime enemy of the Muslims", and swore that he would not rest until all infidels leave the "land of Prophet Muhammad."

*Al-Qaeda is a terrorist group banned in Russia