Muslims: Trump's decision on Jerusalem triggers the greatest war in the Middle East

The Muslim world has showed a predictable reaction to the decision of US President Donald Trump to recognise Jerusalem as the capital of Israel. 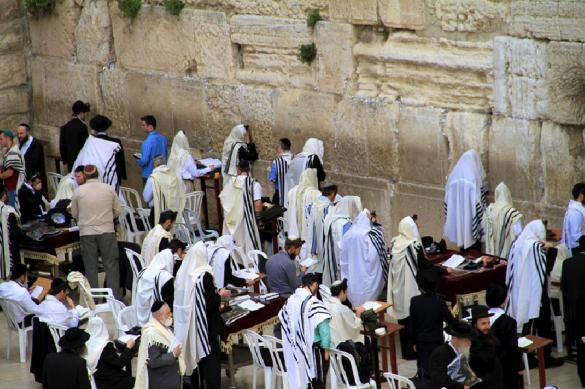 Many Muslim leaders said that the move of the United States to relocate the US Embassy from Tel Aviv to Jerusalem was "a declaration of war." According to Lebanese President Michel Aoun, Trump's decision triggers the end of peace in the Middle East and decades of instability in the region.

Qatari Foreign Minister Mohammed al-Thani stated that Trump's decision was a "death sentence" for peace in the Middle East.

Tunisia called Trump's decision to move the US embassy to Jerusalem "a declaration of war." Tunisian officials also announced the beginning of mass demonstrations against the United States.

The Arab League and the Organisation of Islamic Cooperation will hold an emergency summit in Jordan in connection with a "dangerous decisions" of the Trump administration. The meeting is scheduled for December 9-10.

Trump explained that while postponing the decision on the status of Jerusalem, the US has not achieved anything on the way of a peaceful settlement and added that Israel could determine its capital independently.

The special status of Jerusalem was set in November 1947 in accordance with Resolution 181 of the UN General Assembly about the division of Palestine. It was decided to transfer the city under international control due to the presence of landmark Muslim, Christian and Jewish shrines there. Since then, no country in the world has recognised Jerusalem as a capital city of any country, and all  foreign embassies are located in Tel Aviv.