The Chinese authorities announced the closure of all North Korean companies on the territory of China against the backdrop of UN sanctions against Pyongyang due to continuing nuclear tests in the DPRK, a message posted on the official website of the Ministry of Commerce of China said. 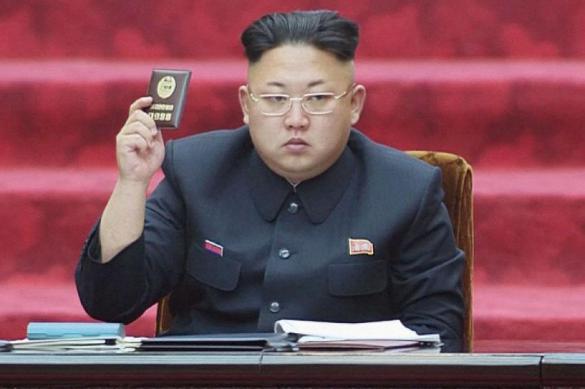 Officials with the Chinese department said that all legal entities from North Korea, including joint ventures with the participation of Chinese capital in the country and beyond, should be closed until the end of 2017.

In accordance with the UN resolution, Pyongyang will be able to receive not more than 500,000 barrels of petroleum products from all UN member states. On September 23, Chinese officials stated that Beijing would strictly adhere to this requirement.

The measures were effected after Pyongyang conducted a successful test of a hydrogen warhead designed for intercontinental ballistic missiles. This became DPRK's sixth nuclear test. A week before, the DPRK had tested a ballistic missile that flew across Japan.

In connection with these events, the UN Security Council unanimously imposed new sanctions on the DPRK to restrict export and import capabilities of Pyongyang. Resolution 2375 established the toughest regime of UN sanctions in the 21st century.

On September 26, Mikhail Ulyanov, director of the Russian Foreign Ministry's department on nonproliferation and arms control, said that Moscow was looking for political solutions to the situation around the DPRK. The official added, though, that the work was not public.

According to Ulyanov, judging by the explosions, North Korea does possess nuclear weapons. However, Russia does not see prospects for recognizing the DPRK as a nuclear power. "This does not mean that the international community will officially recognize it as a nuclear power, it will not happen," he assured.

The situation on the Korean Peninsula remains extremely tense against the background of the development of North Korean missile and nuclear programs. Washington has repeatedly noted that the USA was prepared for any development of events, including the military scenario.

The Kremlin responded that Moscow would not let Washington conduct a military operation at its borders. The United States can afford the "luxury of experiments" being at a considerable distance, but this is no joke for Russia," Konstantin Kosachev, the head of the Federation Council's International Committee said.

Pentagon chief James Mattis said on September 18 that the US administration has military options to counter threats from North Korea, including those that do not jeopardize Seoul. He refused to expand on his point.