USA conducts secret wars in Africa to colonise the continent

In 2011, deputy commander of the US Army for Special Operations said that special units of the US army were conducting more than 100 military operations in the world on a regular basis. This is a very small number compared to what is happening nowadays. 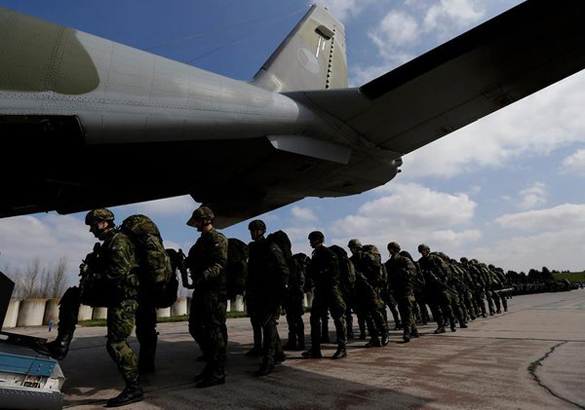 According to documents published by VICE News website, the US currently conducts nearly 100 military operations in Africa alone. The growth of the US military presence on the continent is unprecedented: Africa is ranked second after the Middle East on the number of US special forces deployed in the region. Yet, the whole process is being conducted quietly, without attracting any attention of the media.

In 2006, only one percent of all US special forces were deployed in Africa. In 2010, the number of US soldiers on the continent has increased to three percent. By 2016, their number has increased almost six times and reached 17 percent. Thus, 1,700 US military are stationed in about 20 African countries to "assist African partners in the fight against terrorism and extremism."

"At any given time, you will find SOCAFRICA conducting approximately 96 activities in 20 countries," Donald Bolduc, the U.S. Army general who runs the special operations command in Africa (SOCAFRICA), wrote in an October 2016 strategic planning guidance report. The report explains what elite special forces of the US Armed Forces are currently dealing with in Africa and what result they are going to achieve.

"Africa's challenges could create a threat that surpasses the threat that the United States currently faces from conflict in Afghanistan, Iraq, and Syria," Bolduc warned.

Despite such a number of soldiers, Bolduc claims that the American military do not fight in Africa. This is not true to fact, because the Americans are currently conducting military operations against Al-Shabab terrorist group in Somalia. For example, "an advise-and-assist operation alongside Somali National Army forces," Navy SEAL Kyle Milliken was killed and two other U.S. personnel were injured during a firefight with al-Shabaab militants about 40 miles west of Somalia's capital, Mogadishu.

The election of Donald Trump unleashed the hands of US military in Africa by abolishing a number of restrictions introduced during the presidency of Barack Obama, which allowed the US military to increase the number of air strikes and expand the freedom of action during special operations. "It allows us to prosecute targets in a more rapid fashion," Gen. Thomas Waldhauser, the AFRICOM commander, said.

"Looking at counterterrorism operations in Somalia, it's clear the US has been relying heavily on the remote-control form of warfare so favored by President Obama," British journalist Jack Serle said. The US has augmented this strategy, working alongside local Somali forces and African Union troops under the banner of "train, advise, and assist" missions and other types of "support" operations, he added.

US operations in Somalia are part of a larger continent-spanning counterterrorism campaign that saw special operations forces deploy to at least 32 African nations in 2016, according to open source data and information supplied by US Special Operations Command. The cornerstone of this strategy involves training local proxies and allies - "building partner capacity" in the military lexicon," the SOCAFRICA report says.

To counter Boko-Haram terrorist group, the US allocated 156 million dollars to support its regional partners. To crown it all, aircraft of the US Air Force regularly appear in the sky above Africa.

Although the United States justifies the strengthening of its military presence by the growing number of terrorist groups in Africa, which, according to Bolduc, are among most murderous ones in the world, the United States is thus implementing a long-term strategy for the gradual colonisation of Africa.