The Russian Security Council has issued a warning about a high degree of the threat of the use of chemical weapons and poisonous substances on the territory of Russia. Assistant Secretary of the Russian Security Council, Alexei Pavlov, said that Russian security agencies take all necessary measures to prevent an attack with the use of weapons of mass destruction that terrorists may use against Russian citizens. 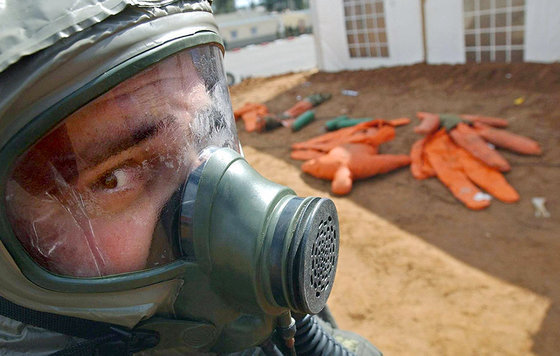 "This raises the issue of preventive measures aimed at identifying, preventing and suppressing terrorists' access to nuclear, radioactive, chemical and biological materials," he added.

"Terrorists of such organisations as al-Qaeda and ISIL (banned in Russia) have access to technologies, "recipes," equipment and substances that enable them to "assemble" a primitive chemical weapon, and special services are aware of that. This, of course, will not be a VX chemical bomb, but a conventional fire extinguisher with sarin, zoman, mustard gas or similar substance may do a lot of harm too," a high-ranking source at special services told Pravda.Ru.

Since 2016, "the Moscow metro has been conducting intensive preparations to prevent and repel a terrorist attack with the use of chemical and bacteriological weapons," the source said. Moscow started taking such measures after ISIL leaders declared jihad on Russia and  swore to use weapons of mass destruction against "infidels."

"An attack can take place in the metro of Moscow, St. Petersburg and other large cities that have subway systems, or in shopping malls where a lot of people usually stay in enclosed space, at mass actions, fairs and so on - these are the places where terrorists usually arrange their attacks," concluded the expert.

"The new plan for the antiterrorist protection of the metro was elaborated in 2016. In addition to protection against chemical and biological attacks, it includes protective measures against explosions and hostage-taking acts," the official told Pravda.Ru.

"Undoubtedly, chemical weapons are very easy to produce, given the fact that the Islamic State seized laboratories and has specialists, who can make such weapons for them. Such a tragedy is possible, and one can see it from the experience of the sarin attack in the Tokyo subway in 1995," a source at the FSB told politonline.ru.

A year ago, ISIL leaders issued a special fatwa that permitted terrorists to use weapons of mass destruction against civilians.