On May 4, participants of the talks on the settlement of the Syrian crisis in Astana signed a memorandum on four security zones in Syria. The document was signed by representatives of guarantor states - Russia, Iran and Turkey. 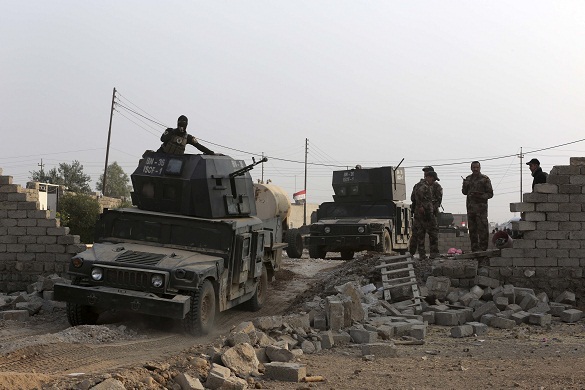 The document on security zones in Syria will come into force one day after its signing, whereas the delimitation of their borders will take two weeks. Russia may have its military police involved to ensure security in those areas zones.

The creation of security zones in Syria will strengthen the ceasefire regime, Russian President Vladimir Putin said after the meeting with Turkish President Tayyip Erdogan. Creating security zones, or zones of de-escalation, is one of the solutions, he stressed.

Pravda.Ru requested a comment on the subject from associate professor of the Department of Political Science and Sociology at the Russian Economic University named after Plekhanov, candidate of political science, military political scientist Alexander Perendzhiev.

"What do you think the creation of deescalation zones in Syria will lead to?"

"I believe that Syria is being divided now under various pretexts. They define areas of influence to avoid hostilities. What we can see now looks like events from 72 years ago, when Germany was being divided into occupation zones - American, French, English and Soviet ones. It feels like something is happening now in Syria. Next time, God forbid, they will say that they need to divide Damascus into two parts, like they did to Berlin.

"Clearly, any road to peace is a good road. Bad peace is always better than a good war, but there is a very thin line there, and bad peace may evolve into a lingering war. For common people, the whole situation may look very strange. The media would say that everyone was fighting against terrorists in Syria, but now it turns out that those terrorists are not terrorists, but the people, who have their influence in the country, who control armed groups and enjoy certain political support in the West.

"The "security zones" that will be established in Syria are, in fact, fiefdoms, in which Syria will be divided. Most likely, we are talking about the division of Syria, rather than single Syria. The country will remain united only formally, but there will be separate states inside Syria. I will not be surprised if customs posts appear between those zones after a while."

"Why do they need to divide Syria?"

"This division is being conducted to share most profitable parts of the country. The point of all this is the division of Syrian natural resources."

"Turkey is highly interested in creating these zones, and Turkish Foreign Minister Davutoglu says that in public. Do you think that Turkey has some special interest in Syria?"

"Yes, this is a confirmation to what I just said. Turkey hopes to profit from one or even several security zones. In the east, everyone think that they are smart and cunning."