China deploys ICBMs near Russia as a warning for USA

China has deployed state-of-the-art intercontinental ballistic missiles DF-41 in the province of Heilongjiang, which borders on Russia. According to The Global Times, a total of three missile brigades are to be deployed. The range of the missiles reaches up to 14,000 kilometers. 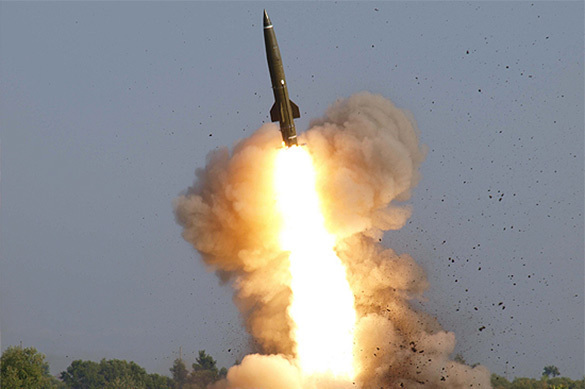 What does China want to show with such a move? Pravda.Ru asked an expert opinion on the subject from leading researcher at the Institute for Far Eastern Studies, senior officer at the Center for Comprehensive European and International Studies at the Higher School of Economics, Vasily Kashin.

"Where is the target for those missiles?"

"Judging from the photos that appeared in December, one brigade was deployed in Heilongjiang, most likely near the city of Daqing. This province is adjacent to Russia, but the border with Russia is a few hundred kilometers away. In the north-east of China, there are medium-range missiles deployed, and those missiles are capable of striking the territory of Russia. Yet, the Chinese ICBMs  are designed to strike targets in the United States. The Dunsan-4, for example, is a heavy, solid-fuel intercontinental missile of new generation capable of delivering a large amount of warheads to the continental United States."

"What is going to happen next?"

"The USA is now entering a new cycle of nuclear modernization. After the end of the Cold War, Washington has practically done nothing for the development of its nuclear forces. Instead, the US would only maintain and modernize its nuclear arsenal. Unlike Russia, the Americans were not building new types of intercontinental ballistic missiles, nuclear missile submarines, etc.

"Nowadays, the USA has faced the need to assign hundreds of billions of dollars for those purposes within a few years. Donald Trump made it a priority of his election campaign, although his rivals attempted to make it an indication of his inadequacy. In fact, Trump paid more attention to a certain segment of the official policy of the Obama administration. Many will protest against the American nuclear modernization. Yet, Trump's team will take advantage of the news about the Chinese nuclear modernization to prove that the USA needs to do something too," the expert told Pravda.Ru.

The deployment of missiles is a signal for the USA, rather than for Russia. Deputy director of the Institute for Russian-Chinese Strategic Cooperation, member of the Union of Writers of Russia, Secretary of Union of Russian Military Sinologists, Andrei Devyatov, shares a similar point of view.

"Clearly, the Chinese missiles are aimed against the Americans. The distance is 14,000 kilometers. Heilongjiang Province is located on the border with Russia. It makes no sense for the Chinese to aim intercontinental missiles against Russia. Russia and China are brotherly nations," he told Pravda.Ru.