The British inquiry on the Muslim Brotherhood 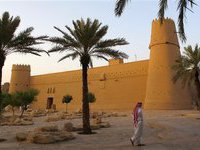 The British government has ordered the opening of an inquiry on the Muslim Brotherhood's activity in the country.

Prime minister David Cameron said that the decision was taken at the end of March, after it was concluded that the British intelligence did not have enough information about the activities of the Islamist organization in the United Kingdom and in Egypt.

Downing Street has asked Sir John Jenkins, the British ambassador to Saudi Arabia, to prepare a report on the Muslim Brotherhood's "philosophy and values and alleged connections with extremism and violence".

Speaking at a No 10 news conference, Mr. Cameron said that the government was committed to encouraging people away from the path of extremism.

"We want to challenge the extremist narrative that some Islamist organizations have put out," he told reporters following talks with new Italian prime minister Matteo Renzi.

"What I think is important about the Muslim Brotherhood is that we understand what this organization is, what it stands for, what its beliefs are in terms of the path of extremism and violent extremism, what its connections are with other groups, what its presence is here in the United Kingdom. Our policies should be informed by a complete picture of that knowledge..." he said." [1]

Reactions were almost immediate; the secretary-general of the international organization of the Muslim Brotherhood, Ibrahim Mounir,  who is based in London, condemned the inquiry, saying that it will increase terrorism risks: [2]

"If this [ban] happened, this would make a lot of people in Muslim communities think that [peaceful] Muslim Brotherhood values... didn't work and now they are designated a terrorist group, which would make the doors open for all options," he said.

When asked if he was referring specifically to the use of violence, he replied: "Any possibility."

"This would make more problems than we ever expect, not just for Britain, for all Islamic organizations round the world holding peaceful ideologies. If the UK makes this option, you can't predict [what would happen] with Muslims around the globe, especially the big Muslim organizations close to the Muslim Brotherhood and sharing its ideology." [3]

In the meantime there have been rumors about the possibility that the Muslim Brotherhood is preparing to flee their London headquarter for Graz, Austria and three other European cities. [4]

On April 13th Ibrahim Mounir denied such news to the Anadolu Agency: "I cannot imagine or accept to leave Britain for any other country".

According to Mounir the decisions of the Muslim Brotherhood are not made in London and he denied rumors about fifteen Qatar-based Muslim Brotherhood members who had applied for asylum in the United Kingdom, as recently reported by the Egyptian media. [5]

It is interesting how Downing  Street suddenly realized that there was insufficient intelligence information on an organization that has been hosted in the country for decades and with whom they have maintained relations that root back to the early '20s during colonial times in Egypt.

The chairman of the board of trustees of the Birmingham-based Islamic Relief Worldwide, was Essam El-Haddad, one of the closest assistant on Foreign Relations to former Egyptian President Mohamed Morsy. The current chairman is Mr. Ibrahim El-Zayat, indicated by several institutional reports as one of the major leaders of the Muslim Brotherhood in Europe; German authorities openly say that he is a member of the Muslim Brotherhood. They also link him to the World Assembly of Muslim Youth (WAMY), a Saudi non-governmental organization.[6] [7]

El-Zayat married Sabiha Erbakan, the sister of Mehmet Sabri Erbakan, the nephew of Necmettin Erbakan, "father" of the Muslim Brotherhood in Turkey .[8] [9] [10] [11]

The controversies in central Europe and the case of Milan

Although some analysts do believe that the Muslim Brotherhood is currently looking for new headquarters, possibly in central Europe and one of the potential cities could be Milan.

In the last few months there have been heavy controversies linked to the possible construction of the first big mosque in Milan, one year away from the 2015 Expo.

A group that goes by the name Caim, who is well-known for its pro-Morsy positions, is presenting a project to Milan's municipality in order to build the mosque on a public space but the issue has raised concerns among all those who are not in line with the group's ideas.

Several members of its board have been photographed and filmed while leading pro-Morsy protests in the city, including its coordinator who is often speaking at the Mili Gorus meetings in Milan.

Mili Gorus is a Turkish organization known for its strong links to the Muslim Brotherhood. [12]

According to the "Global Muslim Brotherhood Watch" website, the previously quoted Islamic Relief chairman Mr. El-Zayat ishighly active in managing Milli Gorus properties in Germany and in Holland, where a mosque project he was involved in became embroiled in controversy. [13] [14]

The website also adds that, according to German intelligence, Ibrahim El-Zayat was for many years the leader of the IGD "Islamische Gemeinschaft Deutschland" , as essentially the representative of the Muslim Brotherhood in Germany. [15] More on such issue can be read in Guido Steinberg's report "Germany and the Muslim Brotherhood". [16]

An Italian second generation blog called Yalla Italia has recently published an article with evidence that link  several members of the directive board of Caim to a pro-Egyptian Muslim Brotherhood group called "Committee for Freedom and Democracy in Egypt",  very active in organizing various pro-Morsy rallies and whose coordinator is also Caim's internal relations responsible.

Even though Caim so far has no evident affiliation to the Muslim Brotherhood, their constant political stand worry some who do not feel represented by the group and are not in favor of the Muslim Brotherhood ideology. Several leaders of local Muslim organizations would prefer a solution that includes all Muslim realities of Milan and not just Caim, but according to some Italian media such as "Il Giornale", local politicians of the Partito Democratico are quite in favor of Caim's project. [17]

It is clear that on international level the Municipality of Milan would take a serious risk with a unilateral solution in favor of such group; the Muslim Brotherhood has been outlawed in Russia, Egypt and Saudi Arabia, investigated in the United Kingdom and it cannot be ruled out that similar steps could be taken by other European countries.  In addition Qatar was recently isolated by the other Gulf countries who recalled their ambassadors because of Doha's support to the Islamist group.

Russia and the Muslim Brotherhood

In 2002, the Russian Federal Security Service accused Islamic Relief of being part of a radical Islamist network, providing support to extremists in Chechnya. [18]

According to a 2002 Izvestiya report that was also quoted by the BBC:

"The Russian special services know another side of Islamic Relief.  According to their information, Islamic Relief employees provided  financial assistance to [rebel Chechen President] Aslan Maskhadov and acted as go-betweens in sending Arab mercenaries to Chechnya. In the opinion of Russian counterintelligence officers, this organization is funded by the special services of Saudi Arabia and Kuwait". [19]

In addition the Russian FSB has told Izvestiya. "Such charity organizations are often funded by Arab and Western special services. With the help of a specially trained staff they gather real intelligence data. They monitor the environment on the ground, the population and military deployment. At the same time, they strike deals with local officials. Islamic Relief is one such organization." [20]

In Russia the Muslim Brotherhood was banned in 2003 after being accused of supporting rebels who want to create an Islamist state in Russia's mainly Muslim North Caucasus; eleven years before Downing street suddenly realized that the organization needed further investigation. [21]

Other groups that were outlawed are the Egyptian Islamic Jihad, Gama al-Islamiyya, al-Qaeda, al-Haramain, Hizb u-Tahrir and the Islamic Party of Turkestan.

As documented on 14 February 2003 by a decision of the Supreme Court of Russia, the Muslim Brotherhood coordinated the creation of an Islamic organization called The Supreme Military Majlis ul-Shura of the United Forces of Caucasian Mujahedeen, led by Ibn Al-Khattab and Basaev; an organization that committed multiple terror-attack acts in Russia and was allegedly financed by drug trafficking, counterfeiting of coins and racketeering. [22] [23]

According to the Supreme Court of Russia's documentation, the Muslim Brotherhood is an organization that bases its ideology on the theories of Hassan al-Banna and Sayyd Qutb and its goal is the elimination of non-Islamic governments in order to establish a worldwide Islamic rule, initially in regions with predominant Muslim population, including the Russian Federation.

The Supreme Court explains how the basic forms of activity of the Muslim Brotherhood include militant propaganda combined with intolerance towards other religions and active recruitment of supporters in mosques. [24]

It is predictable that the new global situation of the Muslim Brotherhood will become a serious problem for these European countries who have closed eyes on the organization's activities for years and who are now obliged to seek new evaluations that could lead to unpleasant measures.