Israel to conduct another Cast Lead against Palestine? 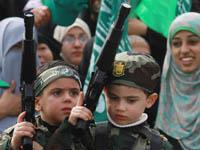 Three years ago, on December 27, 2008 Operation "Cast Lead" began - the most ambitious Israeli operation in the Palestinian territories in the past 10 years. Israeli politicians and military experts are divided as to its outcome.

The military actions lasted for over three weeks. IDF (Israel Defense Forces. - Ed.) have succeeded in destroying a number of important leaders of Hamas, such as Nizar Ryan and Said Siyam. However, the operation was accompanied by significant casualties among the civilian population of Gaza, which caused a very negative reaction from the international community. Its main objective - the overthrow of the Hamas and the release of Corporal Gilad Shalit - has not been achieved.

The formal pretext for the start of "Operation Cast Lead" was withdrawal of virtually ruling in the Gaza Strip Islamic movement Hamas from the truce on December 19, 2008. Intense shelling on the Israeli territory in any case could not remain unanswered. Outbreak of hostilities in those circumstances was only a matter of time. However, the preconditions for such a development occurred much earlier.

The death of Israeli soldiers and the kidnapping of Corporal Gilad Shalit by Palestinian militants in 2006 became a serious test for the army and government. For the then Prime Minister Ehud Olmert and Defense Minister Amir Peretz revenge became a matter of honor. On June 28, 2006 the first response operation of the IDF in the Gaza Strip took place. However, the government miscalculated: a second front was opened by the Lebanese "Hezbollah", prompting the IDF to organize the defense of the North of the country subjected to intense fire by "Grad".

After the Second Lebanon War in the North a relative quiet was established. At the same time, the IDF was unable to solve the main problem in the Palestinian territories: firing of homemade rockets "Qassam" from the Gaza Strip did not stop, while Shalit was still in captivity. In the two years preceding the "Operation Cast Lead" there have been several interim military operations and raids against Palestinian rocket operators ("Autumn Clouds" - in November 2006, "Hot Winter" - Spring 2008).

On December 19 a six-month truce between Israel and "Hamas" has expired, and on December 24 over 30 rockets were fired to the territory the Palestinians. When the decision to go to war in the Gaza Strip was considered, the fate of the Olmert government was a foregone conclusion: the head of the cabinet resigned, and early elections were planned for February. Operation "Cast Lead" was a "farewell gift" of Olmert to Hamas.

Despite the stern warning of Olmert, rocket attacks on Sderot and Ashkelon have not stopped, and at the appointed hour, on December 27 Operation "Cast Lead" has begun. The entire might of the Israeli air struck the Gaza Strip: in the first day of the attack alone 190 targets were attacked (headquarters, military bases, residences of terrorists). The Palestinians have lost 230 people. Among the dead were head of "Hamas militia," Tawfiq Jaber.

In response to the bombardment, the militants continued to fire at Israeli towns, employing rockets "Grad" along with home-made "Qassam". One Israeli was killed in the town of Netivot, several people were injured. In the following days Palestinian missile crews expanded the geography of fire. The missiles were falling in Be'er Sheva - a major city in the South, which is considered one of the safest communities in the Negev desert.

On December 31 Hamas expressed its willingness to have a ceasefire if the blockade of Gaza is withdrawn. In the New Year the fighting has continued. Against the backdrop of a new escalation of the Arab-Israeli conflict, the United Nations efforts to stop the hostilities by diplomatic means at first did not look quite convincing. On January 1, Libya requested an emergency meeting of the UN Security Council on situation in Gaza, which, however, did not yield any results.

On January 4, 2009 the ground phase of the operation was commenced. The Palestinians have avoided an open conflict, arranging ambushes, and continuing to bombard the city in the south. Israeli tanks entered Gaza, dividing the city into three sections: the southern, northern and central, to prevent terrorists from smuggling weapons from one area to another. Hamas fighters attempted to abduct an Israeli soldier, but failed.

Rocketeers continued to demonstrate their military capabilities, despite the presence of IDF ground forces in the Gaza: the alarms sounded in Sderot, Ashkelon, Be'er Sheva, Hadera, and Ashdod. Television and radio have urged residents to take refuge in bomb shelters. The streets deserted, every day there were reports of casualties and destruction of homes.

During the operation, the IDF has increased the number of victims among the civilian population of Gaza, which caused outrage in the Arab world. According to the UN, within 14 days of the war, 250 children were killed, 1080 were injured. Along with countries such as Syria, Lebanon and Iran, Egypt and Jordan spoke against the continuation of hostilities.

Finally, after two weeks of the start of the operation Resolution number 1860 was adopted by the UN Security Council, demanding an immediate ceasefire in the Gaza Strip. 14 countries voted for its adoption, the U.S. abstained. The text states that all parties must abide by the truce. Complete withdrawal of troops from the Gaza Strip was stipulated as well.

On the one hand, the logic of war was pushing Israel forward (the government hoped to completely destroy Hamas). On the other hand, the nearly unanimous condemnation by the international community of the "Operation Cast Lead" was impossible to ignore. In addition, the Israelis faced a threat of repetition of the scenario in 2006, when they had to fight on two fronts. Palestinian extremists staged provocation, firing several rockets on northern towns. Additional units of the IDF were brought to the border with Lebanon.

In these circumstances, Tel Aviv was forced to curtail operations in the Gaza Strip. Premier Olmert addressed the nation on completion of the war. It was said that the goals stated before its beginning have been fully met: Hamas's military capabilities significantly weakened, and dozens of tunnels that served for arms smuggling were destroyed.

However, success was not as brilliant as presented by the official sources. Terrorist organizations in Gaza, although somewhat weakened, still have thousands of fighters. In addition, Israeli security forces have not made any progress in the search and release of Corporal Shalit. Two years later he was freed in exchange for hundreds of dangerous terrorists serving sentences in Israeli jails.

The current situation in Gaza causes a great fear of war. The new escalation of the conflict that took place this fall, has demonstrated strengthening of Hamas, that is increasingly using home-made rockets "Grads", which have greater destructive force. On November 1, 2011, Israeli media reported, citing an anonymous military source, that the IDF does not preclude the possibility of new land operations, comparable in scale to the operation "Cast Lead" in 2009.