What Happened at Tripoli?

The miracle is that a young Dutch boy is the sole survivor among the 104 passengers and crew aboard the Airbus A330-202 of Afriqiyah Airways flight 771 which crash-landed at Tripoli airport, arriving from Johannesburg, South Africa. After last summer’s tragedy with the same type of aircraft when the AF447 flight vanished in the Atlantic Ocean, the question arises, how can an Airbus suddenly fall out of the sky? 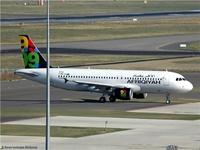 What Happened at Tripoli?

Those investigating aviation accidents will usually state that an aircraft crash is normally due to a conjuncture of any two to three of a number of factors, involving human error/fatigue, faulty systems onboard, air traffic control, weather conditions and airport systems. Aircraft cannot simply fall out of the sky. Or can they?

For example, even in the unlikely event of catastrophic engine failure, a heavy aircraft such as an A330 has a glide rate of around 15 km for every km in altitude. For example, at an altitude of 3,363 feet, or one kilometer (1,000 metres) the aircraft should have a glide range of 8,27 nautical miles, giving the pilot 2.09 minutes to prepare for a crash landing. However, aircraft do not fly at 1.000 metres, unless they are approaching for a landing or taking off.

The cruise altitude of a commercial aircraft is usually 12,000 metres, which would provide around 25 minutes of glide time, and produce a range of around 100 nautical miles, during which time the pilot will have access to information showing the nearest airport and also indicating the longest runway. So, examining the two incidents with these aircraft in the last year, we may ask what is happening to the Airbus A330?

At 02.10 UTC, 24 ACARS messages were sent automatically by the aircraft in a four-minute spell, showing multiple system failure, air speed measurement inconsistencies, the disconnection of the autopilot and alternate law flight control mode (Normal law being standard flight control; alternate law being a mode which provides for the aircraft to stall or to perform movements which are considered abnormal).

From 02.10 to 02.13 UTC, the messages revealed faults in the ADIRU (Air Data Initial Reference Unit) and ISIS (Integrated Standby Instruments System) systems, PRIM1 (main flight control computer) and SEC1 (secondary flight control computer) and finally by 02.14, the aircraft was hurtling towards the ocean at a high velocity vertical dive, slamming nose-first into the sea and breaking up on impact. All 228 occupants (216 passengers and 12 crew) were killed on impact.

It appears that the decision to fly through powerful cumulonimbus clusters, coupled with a fault in the Air Speed Indicators, could have caused a situation whereby possibly a lightning strike knocked the aircraft’s systems. But the AF447 A330 did actually simply fall from the sky.

The incident at Tripoli Airport on May 12 was the A330’s second crash. The Airbus A330-202 of Afriqiyah Airways flight 771 was arriving from Johannesburg, South Africa at Tripoli airport. As investigations proceed, there are eye-witness accounts that it crashed and exploded upon touching down on the runway, that it landed one metre short of the runway and exploded and that it landed half a mile short of the runway, exploding while attempting to land. 92 passengers and 11 crew died on impact. One Dutch boy has survived and is in stable condition in a Tripoli hospital with multiple fractures to his legs. It appears he lost his parents and brother in the crash.

The common denominator is that the aircraft suffered a final-approach crash landing, which is strange because visibility was 6 km. The early morning sun may have been a factor, shining directly into the pilots’ eyes, forcing them to perform an instrument landing. Two factors may have contributed here.

First, Tripoli does not have an ILS (Instrument Landing System) and so the pilots would have relied on the VOR (VHF omnidirectional radio range) radio beacon signals. Not only have there been reports from pilots that Tripoli’s VOR is prone to false readings, it is also a possibility that works at the airport may have interfered in the signals.

In any case, what is strange about this crash is that once again, the aircraft did not make a proper touchdown, even off the runway, but appears to have dropped out of the sky flying horizontally and smashed belly-first into the ground. The Airbus’ GPS would have provided information on glideslope (approach), so could it be that certain safety systems were overlooked?

Quite what these may have been remains for the investigators to find out. What remains to be seen is how two Airbus A 330 simply fell from the sky.