New York/Addis Ababa - On the eve of the Third International Conference on Financing for Development, UN Women is calling for transformative financing to end gender inequality by 2030. High ambition, backed by stepped-up action to make the right investments, puts that goal within reach for all women and girls. 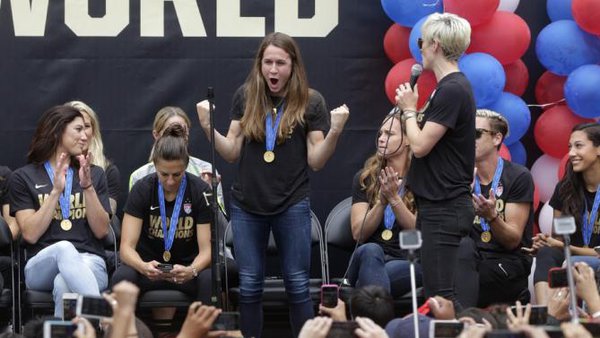 UN Women calls for dedicated resources to deliver on commitments

The Financing for Development conference, to be held in Addis Ababa from 13-16 July 2015, will bring together high-level officials from across the world to agree on a set of far-reaching commitments to finance sustainable development, including those linked to official development assistance, trade, debt, taxation and technology, among other issues. The meeting provides a critical opportunity to ensure the centrality of gender equality in the mobilization and allocation of all sources of financing, public and private, domestic and international.

Studies show women everywhere need dedicated and consistent investment and resources. To implement gender equality objectives of the post-2015 development agenda, political will and commitment to unprecedented levels of financing - in scale, scope, and quality- and from all sources, are needed.

"We have an enormous opportunity," says Phumzile Mlambo-Ngcuka, UN Women Executive Director. "As we look towards the new development agenda, it is clear that its sustainability will be strongest, and most enduring when it is based on equal, financially resilient, and inclusive communities. We have to act now to vastly increase financing, from all sources and at all levels, in line with women's rights. Now is the time for governments to put gender equality and women's empowerment at the heart of all discussions, all agreements."

Financing for Development is considered one of three global events in 2015 that could transform the course of development over the next 15 years, and as the first in the series, is expected to set the tone for the other two. They include a September summit to agree on a post-2015 sustainable development agenda and a December summit with an anticipated new deal on climate change.

For decades, chronic underinvestment in women's empowerment has hampered progress on women's rights and gender equality. Conducted by UN Women, a recent review of progresson implementation of the landmark 1995 Beijing Declaration and Platform for Action, endorsed at the Fourth World Conference on Women, found advances towards gender equality have been slow and inconsistent, often attributable to financing gaps. In some countries, these gaps are as high as 90 per cent.

Earlier in 2015, this financing shortfall was recognized by UN Member States at the UN Commission on the Status of Women, resulting in a Political Declaration pledging to close the gap. The Addis conference, therefore, can be the first major step to move this agenda forward.

Beyond increasing the amount of financing, including through official development assistance and domestic resources such as taxation, countries need to adopt public policies that address the root causes and consequences of gender inequality and discrimination in all areas of life. In this regard, women must participate fully in decision-making at all levels, and action should be taken to mainstream gender in national planning and budgeting processes.

Furthermore, the private sector must uphold the human rights of women and be held accountable for contributing to progress, such as by empowering women in the workplace. Women's organizations, integral to the long struggle for equality and having built a cohesive, inclusive movement for gender equality, must also receive significantly more funding to perform their advocacy and mobilization roles.

During the Addis Conference UN Women will join UN Member States to launch the Addis Ababa Action Plan on Transformative Financing for Gender Equality and Women's Empowerment. This Plan aims to outline key policy and financing priorities to translate the pledges in the Addis Ababa Accord and Action Agenda into prioritized, well-resourced actions for meeting new and existing commitments to gender equality and women's empowerment to in the post-2015 sustainable development agenda.

With the World Bank Group President, Jim Yong Kim, and the UN Secretary-General Ban Ki-moon, UN Women will host a side event called "Financing for Gender Equality-Results and Good Practices." It will engage ministers, civil society and business representatives to champion high-impact financing success stories. UN Women is also supporting an event hosted by the Ethiopian government on African women's role in the sustainable development goals.

Fostering the active role of civil society in the financing for development processes, UN Women has been collaborating with women's groups and civil society organizations from the global South, so that their priorities can be reflected in the outcomes of the Addis Conference. Before the conference opens, UN Women is supporting the Women's Forum and the Civil Society Forum to mobilize advocates to continually press for action on gender equality. UN Women's participation in official proceedings and the Business Forum will stress key messages such as the urgent need to close the funding gap to make post-2015 gender goal a reality.

From letting women have a say in where village water holes are built, to ensuring cash-transfer programmes benefit all, to making sure women have maternal health clinics nearby and can access them when the need arises ­- financing for gender equality is the means to ensure that women's needs are met in development planning.

Financing for development is about money. For development to reach people in all parts of the world, adequate financing is required so that commitments made by world leaders translate into action. For funds to benefit everyone equally and equitably, targeted efforts are often needed. For example, if women don't have access to safe transportation or low-cost childcare, few will be able to take advantage of important social or vocational programmes.

But inclusive development isn't cheap, and project planning and financing often neglects the specific needs of women. For decades, there has been chronic underinvestment in women's empowerment, which has hampered progress on women's rights and gender equality.

To disrupt the status quo, and ensure that financing for gender equality doesn't get sidelined at the "Third International Conference on Financing for Development" in Addis Ababa, Ethiopia from 13-16 July 2015, UN Women is focusing on this historic opportunity to endorse comprehensive global financing for women everywhere.

This is the first of three key global conferences in 2015 that will determine the international community's roadmap for the next 15 years (to be followed by the UN Summit to adopt the post-2015 development agenda in New York in September and the UN Climate Change Conference which will seek a legally binding universal agreement on climate change in Paris in December). The negotiated outcome adopted in Addis Ababa will set the stage for the ambitious new sustainable development goals of the post-2015 agenda, which is set to include a stand-alone goal on gender equality. But such a goal and gender-sensitive targets across other goals can become a reality only with the right financing.

The knowledge, technology and money to achieve gender equality and women's empowerment exist. Now is the time to make important choices. We need commitment to unprecedented levels of financing - in scale, scope, and quality ­- to implement gender equality objectives of the post-2015 development agenda, from all sources, at all levels. Women everywhere need dedicated and consistent investment and resources. Let's seize this moment!

UN Women is the UN organization dedicated to gender equality and the empowerment of women. A global champion for women and girls, UN Women was established to accelerate progress on meeting their needs worldwide. For more information, visit www.unwomen.org.