Libya and the Empire's DJ 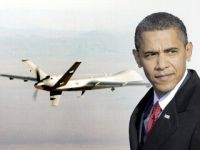 The unwelcome "coward in a cheap suit" (Charlie Sheen) visits Brazil. He never met a war he didn't love.

When starting the offensive military action against Libya, the world powers referred to the U.S. strategy of maintaining global hegemony. Today it is unlikely that the White House wants to engage directly in a new military confrontation. Perhaps they do not need to.

Little by little, the U.S. has been getting increased international cooperation to achieve its geopolitical goals. Without the risks of isolation that marked the imperialist aggression in Iraq and Afghanistan, military action in the Arab country was backed by a resolution of the UN Security Council. The dreams of a multipolar world suffer from a historic shift of such magnitude that it is no exaggeration to pay attention to an international perspective of extreme gravity.

In 1920, Americans danced the "Charleston" and called them the "crazy years", while on the streets of Chicago, Irish and Italian gangsters clashed with bullets. In Libya, the guerrilla Omar al-Muktar, the "Lion of the Desert," was fighting against Italian fascism and in Nicaragua, Augusto Sandino, "the general of free men," fought the marines of Captain Frederick Hatsfield. Muktar was hanged in 1931 and Sandino was shot in 1934. "Terrorism" was being contained.

More than half a century later, Libya and Nicaragua were linked by something more than those imperialist deeds, almost simultaneously. The author of this linkage was the then president Ronald Reagan calling Muammar Gaddafi the "mad dog" of the Middle East and Commander Daniel Ortega "a hired assassin with fashion designer eyes."

On April 14, 1986 a U.S. attack on Tripoli, Benghazi and three other cities with 18 bombings was made, which took off from bases in Britain, and 15 fighter jets stationed on aircraft carriers belonging to the United States 6th Fleet in the Mediterranean Sea. The operation was justified as a retaliation for an attack on April 5, in a discotheque in Berlin, which killed four people, leaving 200 wounded. At the time, as always, Washington claimed it had "irrefutable" evidence of the participation of Libyan terrorists in the attack, although no evidence was presented.

Simultaneously, the CIA, with support from the Central American press, was spreading stories about the existence of Arab commands conducting terrorist actions in Honduras, from bases provided by the Sandinista government. As the sociologist Roberto Bardini said, "upon learning of the alarmist media campaign and the adoption of strong and ostensible security measures in Honduras, some observers have estimated that it was all a psychological operation that would have four objectives: to justify military reprisals against Libya, to demonstrate that Nicaragua lent its territory to export terrorism, in order to prove the existence of a Tripoli-Managua connection and, especially, to get Congress to approve the allocation of U.S. $100 million for the "contras."

What did Reagan accomplish with the aggression against Libya? An unprecedented international isolation. They were reduced to the support of then British prime minister Margaret Thatcher, and the Israeli government. Never had such a wave of hostility been seen to the United States since the Vietnam War. Definitely, the pop of the 80s had no such power and charm as the Charleston.

The past two decades, and having experienced what went down in history as the Bush Doctrine, a lesson cannot be forgotten by progressive forces. Especially now, when, under the false pretext of "containing the barbarism of a dictator," the U.S., France and Britain launched missiles against Libya: imperialism shortens time and space.

The Empire is very choosy when it comes to the question of rescuing what it thinks is its backyard. The attempt to modify the new political order in Latin America is what moves Obama's steps in the region. To transform asymmetries into impossibilities and change the profile of Brazilian foreign policy are the imperatives of this time.

By declaring that "Our consensus was strong and our decision is clear. The people of Libya must be protected and, in the absence of an immediate end to violence against civilians, our coalition is prepared to act and act with urgency," the president of the United makes it obviously clear that in the name of "hegemony" he is ready to mix without mercy the radio hit "Closer" by rapper Ne-yo with a tribal "mash-up" of Madonna's "Miles Away." It is hoped that the trail of individuals, almost always crowded with the naive or servile, are strongly repulsed by the appeals of the "DJ" of the empire.

Lula nailed it. It is not too difficult to guess who came for lunch.