Dental tourism grows more and more popular in Moscow due to the economic crisis. It is twice as cheap to have one’s teeth fixed in the regions neighboring to Moscow. Dentistry went up 40-50% in price at the beginning of the summer in Russia. Dentists refer to imported materials growing more expensive. However, most dental clinics make use of old stocks. The reason is that dentists have fewer clients, but they don’t want to lose their money. 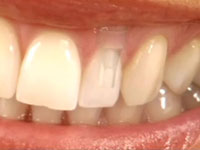 A price analysis shows the advantages of the province when it comes to dental services. For example, in Moscow one filling can cost 4,500 rubles ($145), while in province it costs about 2,000 rubles ($64).

The number of people willing to go outside Moscow to enjoy healthy teeth has been growing recently. Since the beginning of the crisis from September till May travel companies, which organize such tours, have had a tenfold increase of their clientele.

Medical tourists say that they can save on average 25-30 percent. High prices are not the only reason that makes people look for medical services outside Moscow. The quality of service may not be high at times.

Some travel companies propose to combine the treatment with a guided tour, but few people wish so. The reason is simple: clients are not sure if they feel well after treatment.

In Europe, where dental services cost even more than in Russia, dental tourism appeared several years ago and had developed intensely lately. The Germans, the Swiss and the Austrians go to Eastern Europe countries, such as Bulgaria, Hungary, Poland and Romania. Prices for dental services in those countries are lower due to smaller salaries cheaper lease and laboratory investigation.

The Americans prefer to combine business and pleasure when it comes to dental treatment. Dental services in Costa Rica, for instance, are 60 percent less expensive (in Mexico – 70 percent cheaper). The British citizens visit European, Indian and Thai dentists.