Food: My good my evil 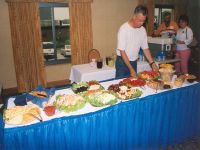 Tables of celebration take center stage, and even become allies in times of sorrow, food readily brings out feelings. It can be something positive or negative.

Dozens of television presenters and chefs, worldwide, are dedicated to awakening in their viewers the sensory thrill that the preparation and taste of a dish are able to provide. It has been an absolute success. More than a physiological need, the ritual of feeding is one of the most intense pleasures of everyday life. And it has everything to do with the mood. To unravel this relationship, HEALTH! interviewed some of the leading experts on eating behavior. Enjoy some insights of these experts below. And bon appetit!

Why do certain foods, especially sweet and fatty foods, give the sensation of pleasure in moments of depression and anxiety?

"During tests done with those who are depressed or anxious, the necessity of obtaining pleasure through a reward system tends to exacerbate," says psychiatrist Alexandre Azevedo, coordinator of the Study Group on Compulsive Eating and Obesity, Hospital das Clinicas in Sao Paulo. "And food full of sugar and fat, like chocolate and sauces, because they taste better, provide that feeling quickly," adds the endocrinologist Ellen Paiva, director of the Integrated Nutrition Therapy in the state capital.

Do limitations imposed by food restriction cause enough frustration to lead to a state of depression?

"Yes, eating and drinking confer a feeling of well-being, and it is part of the rituals of socialization," says Lara Natacci, author of Anorexia, Binge Eating and Bulimina, Publisher Atheneu. "That is, a very strict diet not only deprives the individual of the pleasure that food offers, but also leads to isolation, favoring the creation of a depressed state."

From that viewpoint turning to food as an escape valve becomes detrimental?

"Never has the loss of control and excessive increase of habitual patterns been considered something positive," Azevedo fires. "Sometimes we eat when we're not hungry, on festive occasions or for socializing. However, eating because of sorrow or melancholy brings a feeling of guilt, which is even worse than the exaggeration itself," Ellen adds.

What problems in the relationship with food may lead to an eating disorder?

"Often it starts with a simple diet to eliminate a few pounds," warns Lara. She said it is common that a person starts to suppress hunger until reaching a point where they cease to express that impulse. "There is also evidence that social pressure for good health in adolescence, childhood trauma, perfectionism and the presence of disease in the family contribute to these disorders," she concludes.

What are the dangers of addiction transfer of an item potentially harmful, like alcohol and cigarettes for food?

Before the response, Alexandre Azevedo makes a correction: "There are substances that can cause addiction, like alcohol, tobacco and illicit drugs, unlike food, which does not promote addiction," he explains. Some people, however, tend to have compulsive behaviors. "By stopping smoking, it is expected that the individual feels anxious and seeks in food a relief for this feeling," said Lara Natacci. "There are also cases in which the mechanical habit of lighting a cigarette or drinking a glass of whiskey is replaced by overeating," she says.

Why do some foods become prohibitive?

"When items that are too caloric, high in saturated fats or sugars are eaten in an abusive manner, they become true promoters of diseases," says Ellen Paiva. In the list of diseases, are included diabetes, obesity and cardiovascular problems. "But it is the large portions and the frequency of consumption that are the villains. Consumed in small quantities, no food needs to be banned from the menu, except if there is difficulty in controlling their intake," says the endocrinologist.

Why do some people lose their hunger when they are sad or nervous?

"In fact, there are individuals who react this way. Others, in contrast, have increased appetite. Or, they do not demonstrate changes before a matter of sadness or anxiety," says Azevedo. According to the psychiatrist, the link between these emotions and the desire to eat would be neurotransmitters, substances that carry electrical information between neurons, such as serotonin, dopamine and norepinephrine. "They regulate both mood and the balance between hunger and satiety," she explains. In other words, when these chemical engineers are altered due to emotional issues, there may be an imbalance in the appetite. 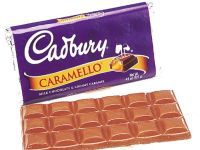 It is true that women are more likely to use food as an escape than men?

"Not always. Overeating as a way to offset stress may be a feature both in women and in men," says Lara Natacci. But according to nutritionists, the hormonal factor is an aggravating factor in their case. This is because, in the premenstrual period, some women face a reduction in serotonin levels, which, as mentioned earlier, are crucial to well-being. "There is a tendency that they might also abuse chocolate, for example. It is rich in tryptophan, a serotonin precursor substance" she explains. Also because of the simple fact that they are tasty treats to promote immediate pleasure, which helps to alleviate the emotional distress typical of this phase of the cycle.