Cytokines, Rulers of Life and Death- Clever Use of Herbal / Allopathic BPTUZ and BPUZ

Readers have expressed interest in the new approach of the diseases from the Immune Restorative Practical Technique, but perplexity of different diseases as seizures, drug addiction, mental illness / behavioral disorders, influenza, renal failure (RF), heart failure (HF) etc, are the expression of the same problem - the cytokines storm. This strangeness reveals how the immune system is still unknown and underestimated. 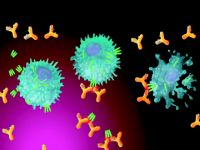 Cytokines, Rulers of Life and Death- Clever Use of Herbal / Allopathic BPTUZ and BPUZ

It is narrow the concept passed to the general public that the immune system only combats cancers and infections caused by viruses, bacteria, etc. via antibodies, and it is formed only by lymphocytes, macrophages / monocytes and polymorphonuclear leukocytes (white blood cells). Such a concept ignores the true role of the immune system from conception, development of Life and Death of the individual and collective, through the cytokines and the immune system interfaces with various organs, systems that make up the body of animals, humans or not.

More than 100 cytokines have been isolated. The best known are interleukin-1 (IL-1), IL-2, IL-4, IL-5, IL-6, IL-8, IL-10, interferon-gamma (IFN-g), tumor necrosis factor (TNF), interferon-alpha (IFN-a). Cytokines are the mobilizing proteins and glycoproteins of cells host defense, regulate growth, differentiation and cell death, angiogenesis (formation of vessels - veins, arteries, capillaries, etc.), the processes of development and repair of cells. Cytokines differ from classic hormones because they are produced by various tissues or cell types rather than by specialized glands, such as the thyroid, pituitary, etc..

Cytokines control the intake, the metabolism of food, and therefore the exploitation and waste of energy - the Life and Death. Mechanisms of hunger and satiety are controlled by normal levels of cytokines such as IL-1, TNF-a, at high levels, lead to anorexia, cachexia or compulsive overeating. Intermediate levels of IL-1 inhibits the function of beta cells (pancreatic insulin producing cells) and thyrocytes (thyroid cells), an effect potentiated by TNF-a.

In contrast, low levels of IL-1 potentiate insulin secretion and thyroid hormones, and intermediate levels of IL-1 and IL-6 the production of insulin-induced glucose by beta cells. Intermediate and high levels of IL-1 and IL-6 are cytotoxic to beta cells. IL-1 triggers the production and release of IL-2 and therefore the cascade of cytokines such as IFN-g, TNF-alpha, IFN-a, IL-6 and others that at low levels operate in tissue regeneration, are viricide but if cytokines are produced in progressively higher levels (storm of cytokines or reactive state), favor the multiplication of viruses, formation of cancers and metastases and local and systemic consequences are deleterious to the patient.

IFN-g at below normal levels can be found to mediate important biological functions. The effects of IFN-g dose (or levels) are time dependent. IFN-g enhances the action of other cytokines. IFN-g increases the activity of IFN-a and TNF-a increasing the expression of receptors of these cytokines. From the 1970s successive discoveries pointed to as the cytokines responsible for regulating the immune system and the destruction of viruses, cancers, etc.

The multinational pharmaceutical industry was quick to isolate them and purify them for the treatment of patients with viral infections and cancers. With the infrastructure set up in the pharmaceutical industry for the production of cytokines for treating these diseases, come out the fashion cytokines - IL1, then IL-2, IFN-g, IFN-a, etc., that is, from time to time, exchange to - 6 per half dozen, and then half dozen by 6, when you want to make more profit, since the lack of results and over serious and lethal side effects seem not to bother the patients using cytokines such as "treatment." But who is sick already have high levels of cytokines, because of it they got sick. Apply more cytokines is to accelerate the development of complications that occur naturally and more slowly - is throwing gasoline on fire.

It overlooked the basic rule observed by the Buddha "The Shining" for over 2500 years - the path of Truth, Knowledge is the Middle Way, not too much nor too little. The universe is governed by the Law of Balance, a real bother that runs counter to the interests of big pharmaceutical industry and all theories invented to dull reading of Reality and remove cytokines from the center of attention .... Treatment with IL-2 induces pulmonary edema, cardiac arrhythmias and unstable angina. IL-2 and IFN-a induce fluid retention (edema).

Treatment with IFN-a induces a small but significant increase in production of IFN-g in patients with AIDS. IL-1 and TNF-a plays a role in multiple organ failure in patients undergoing surgery, severe trauma, extensive burns, acute pancreatitis and sepsis. High levels of TNF-a in tissues is important for the development of hemorrhage and the formation of occlusive thrombi that can cause cerebral vascular accident (CVA), AMI, and thromboembolic pulmonary and death.

All these advantages of using BPTUZ and BPUZ without toxicity - no risk to life, allows home care including drug addicts (2). The realization that the vast majority of disease occurs is due to the cytokines storm, the clever use of BPTUZ and BPUZ in the modulation of cytokines, it allows not only treatment but also prevention of these diseases in a simple, very efficient and very cheap way by treating diseases and severe complications at home (which could be avoided), which will reduce demand and make health systems responsive and efficient. BPTUZ and BPUZ will be important elements in building the prosperity and peace.

Residencia in Preventive and Social Medicine