How to Treat Drug Addiction at Home

A real and effective treatment of drug addiction, treating the long-term craving for drugs, treating the patient at home, freeing hospital beds for others? This novel treatment avoids the onset of delayed abstinence syndrome, avoiding the loss of self-esteem, recurrence to drug abuse and misery for the patient and the family. 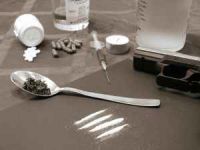 How to Treat Drug Addiction at Home

Children / adolescents often claim that they can use drugs and then drop it altogether at will. This is a terrible illusion. This statement reflects a complete ignorance of the pitfalls of addiction - the acute withdrawal syndrome (AWS) (1) and especially delayed abstinence syndrome (DAS), both can be fatal and lead the individual back to drug use despite their intentions.

By experiencing the drug, the User is no longer in control, but the drug and those who control the sale and trafficking. The User's immune system is attacked and sensitized by drugs already with the first use with physical/ mental consequences - infections, cancers, cardiovascular diseases and mental /behavior disorders, even if the drug is discontinued as in DAS. The DAS occurs months or years after use. Often the User after 15 to 20 years of abstinence, for no apparent reason goes back to drugs, even more intense than before.

It gives the impression that the person is irresponsible, unable to keep their word, without respect for those who cheered and believed in their recovery. The addict loses self-esteem, feeling guilty and finding he or she failed. But the DAS causes mental confusion, poor coordination, poor memory, emotional reactions or exaggerated apathy and sleep disturbance (anxiety / depression) and the craving for drugs.

Children of chemically dependent pregnant women with AWS may not have been DAS diagnosed with hyperactivity, disorders of cognition, memory, seizures, etc.. The current technique does not know the cause and treatment of chemical dependency, including the AWS and DAS.

However, the immune system plays a central role in the onset of addiction, including the AWS and DAS. From the immune restorative practical technique, chemical dependency and its complications such as AWS and DAS are symptoms of cytokine storm (1). Elevated levels of IL-2, IL-6, IFN-gamma, TNF-alpha, and particularly IFN-alpha, trigger / maintain addiction also trigger diabetes (DM), anorexia nervosa, stroke, myocardial infarction, etc..

Drugs reinforce a storm of cytokines in the body previously sensitized by raising it further, disrupting and destroying the opioid neurotransmitter system, serotonin, dopamine and glutamate, deepening drug addiction, causing physical and behavioral disorders. The cytokine storm enhanced by drugs, in turn, further facilitates the installation of infections such as viral hepatitis, AIDS, tuberculosis, etc. and these infections further increase the cytokine storm. The storm of cytokines is not interrupted simply by stopping the use of drugs and sensitization of neurons, the remaining cells persists to trigger DAS and relapse.

These are perceived as a lack of character, and the storm of cytokines is not remembered. If the DAS is triggered by the storm of cytokines, it can also be accompanied by AMI, CVA, DM, hypertension, insomnia, anxiety / depression, etc. "complications" are not always recognized as part of DAS. It is necessary to desensitize the body of the addict - through the modulation of cytokines.

The compounds, both made of patent registration PBTUZ (Psidium sp, Bauhinia sp, thalidomide, Uncaria sp, Zingiber sp) and BPUZ (Psidium sp, Bauhinia sp, Uncaria sp, Zingiber sp) are viricide antibiotics, analgesic, antipyretic, anticonvulsant, inotropic agents, cytokines modulate and reverse its consequences in the CNS, such as anxiety or depression, not just treat it as prevent the installation of the AWS and DAS eliminating the cravings for drugs early or late (DAS).

All these advantages of using BPTUZ and BPUZ without toxicity and without creating more addiction, allows home treatment to all addicts, without the risks or limitation of places in the hospital, and even for those patients with potential to become addicts (1). And mainly prevents the installation of the AWS and DAS, avoiding loss of self-esteem and unnecessary suffering for the addict and his family.

Residencia in Preventive and Social Medicine