Women feel depressed of being women

The world statistics show that three fourths of people suffering depressions are women and only one fourths are men. Thus, depression is a female disease? Not quite. Women are just more prone to it than men for some reasons. 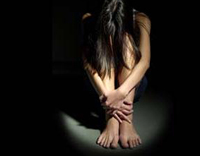 Women feel depressed of being women

The peculiar way to perceive information. The time has passed when researchers have to prove that female cogitation is not worse, but just different from male brainwork. It is now obvious, but what is the difference?

“From the biochemical point of view the thing is that a signal in a female cerebrum takes the longer way, and more cerebral structures are involved. The longer the way the more likely there are some distortions – this is the universal principle in mechanics and in information technologies,” said Doctor Vycheslav Davydov. “I am not talking about lofty matters. Let us take ordinary umbrellas. One umbrella is hard to break because it has too many joint-pins. But it is inconvenient to carry it, for it is too huge. Another umbrella can be put even in a theater bag. Though it can be folded up, it is very fragile.”

The peculiarities of female affections. First of all, we should say that this point does not concern everyone. But as often as not women have troubles to express their anger. The social norms are partly to blame here: women are not to be angry. That is why women often replace their anger by offence that goes together with oppression, reproaches and self-pity.

But that would be too simple to associate female depression with endogenous factors alone: if a hormone is defective, women plunge in despondence at once. In fact, hormonal changes act as a catalyst for depression. The major reasons are outside; they are just accompanied by hormonal changes. Problems with family, children, home and their own personality are more painful for women than for man.

Another problem with female depression is that it goes round in endless circles. At first, hormonal balance changes which may be accompanied by traumatic life experience. Then the information is processed, and failures are possible, which may change the number of hormones, thus the circle is joined at the ends.

How to discover depression

But such obvious depression is not so very serious. There is also masked depression.

But her fatigue accumulated, Katherine could hardly fall asleep and got up absolutely weary. The doctor said she had neurosis and recommended rest and vitamins. Most active people would call this advice nonsense. But a month later Katherine had heartaches, then she faced another problem – constantly high temperature that will not drop, but it was absurd to take sick leave with such a temperature.

These are likely symptoms of masked (or larvated) depression that is accompanied not by low spirits, but by painful sensations. It may be any kind of pain: in a back, legs, or problem with a stomach. Masked depression is typical of women: they are more careful about their health then men, that is why any disorder in their organism causes alarm.

But let us confess that hypochondriacs alone will take low spirits or some pains for depression. How shall we separate the wheat from the chaff and tell depression from something else?

“One of the most qualitative symptoms of depression is systematic sleep disturbance. I mean difficulty to fall asleep or to wake up, regular nightmares, distracting thoughts that give no emotional reaction, but people experience them over and over again, which prevents them from sleeping or wakes them up in the middle of the night.

If you sleep badly several nights on end, it does not mean that you are on the verge of depression and you should consult the doctor immediately. There are stressful situations connected with the strain of nervous system that will get restored later. But if such situations are systematic and they lower the quality of life (for example, they have continued for a month already), it is advisable to give careful consideration to that.”

The question when it is better to consult the doctor has a very trite answer: as it is with any disease, the earlier - the better. In this case you will take less efforts to treat the disease.

Most hard-working citizens of metropolises have an asthenodepressive syndrome, a light form of depression caused by constant overwork of the nervous system. If you neglect it, depressive periods will become longer and more frequent. A therapy for workaholics is daily routine with rest, physical exercises (walking in the evening at least) and vitamins – that is exactly what the doctor advised Katherine.

The more serious cases of depression are connected with changed metabolic processes of the cerebrum. A cerebrum needs pleasure to rest. When the dopamine level decreases in the organism, people start finding entertainment in the outer world. In this case the risk of alcohol or information addiction is rather high. As usual, addicted people need a larger dose every time. The task of the therapy is twofold. Of course, a doctor may prescribe antidepressant drugs or sedative medicines. But no depression has ever been healed with medicinal treatment. It is indispensable not only to suppress the symptoms, but also to learn to properly react, to estimate situations in order to lower risks of future depressions. Here psychotherapy comes into play. It does not have to take a traditional form (with a psychotherapist). Phototherapy (influence by light) or music therapy may also be helpful.