The effect is astounding: a patient starts seeing only bright colors in the surrounding world 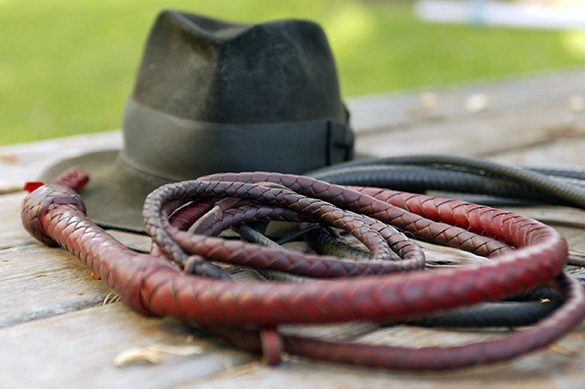 Russian scientists from the city of Novosibirsk, Siberia, made a sensational report at the international conference devoted to new methods of treatment and rehabilitation in narcology. The report was called “Methods of painful impact to treat addictive behavior.”

Siberian scientists believe that addiction to alcohol and narcotics, as well as depression, suicidal thoughts and psychosomatic diseases occur when an individual loses his or her interest in life. The absence of the will to live is caused with decreasing production of endorphins - the substance, which is known as the hormone of happiness. If a depressed individual receives a physical punishment, whipping that is, it will stir up endorphin receptors, activate the “production of happiness” and eventually remove depressive feelings.

Russian scientists recommend the following course of the whipping therapy: 30 sessions of 60 whips on the buttocks in every procedure. A group of drug addicts volunteered to test the new method of treatment: the results can be described as good and excellent.

Doctor of Biological Sciences, Sergei Speransky, is a very well known figure in Novosibirsk. The doctor became one of the authors of the shocking whipping therapy. The professor used the self-flagellation method to cure his own depression; he also recovered from two heart attacks with the help of physical tortures too.

”The whipping therapy becomes much more efficient when a patients receives the punishment from a person of the opposite sex. The effect is astounding: the patient starts seeing only bright colors in the surrounding world, the heartache disappears, although it will take a certain time for the buttocks to heal, of course,” Sergei Speransky told the Izvestia newspaper.

The whipping therapy has not become a new discovery in the history of medicine. Tibetan monks widely used it for medical purposes too. Soviet specialists used a special method of torturing therapy at mental hospitals. They made injections of brimstone and peach oil mixture to inspire mentally unbalanced patience with a will to live. A patient would suffer from horrible pain in the body after such an injection, but he or she would change their attitude to life for the better afterwards.

”People might probably think of me as a masochist,” Dr. Speransky said. “But I can assure you that I am not a classic masochist at all,” he added.

The revolutionary method may take the Russian healthcare to a whole new level. The method is cheap and highly efficient, as its authors assure. Why not using something more efficient, a rack, for example?