China makes US economy its hostage

Over the last 30 years, China’s economy has grown at an average annualized rate of nearly 10%. While this statistic alone is jaw-dropping, what is more impressive is the extent to which the nominally Communist country’s economy has become intertwined in the global economy. China now exerts enormous influence over the economies of virtually every country in the world, and a slight change in its domestic economic policy has the potential to send shockwaves rippling throughout the world. Nowhere is this more apparent-and frightening-then in China’s economic relationship with the United States, which is very much at the mercy of China when it comes to prices, wages, interest rates, most importantly, the value of the Dollar. 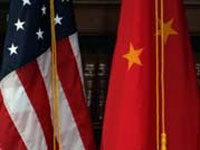 China makes US economy its hostage

Let’s begin with an examination of China’s forex reserves, which is probably China’s biggest bargaining chip in its economic relationship with the US. Up until two years ago, China’s currency, the RMB or Yuan, was pegged to the Dollar. As with any peg, there often develops a discrepancy between the fixed value of the currency and the value that the market would assign if the currency were permitted to float. As China’s economy surged ahead, especially over the last five to ten years, tremendous pressure began to build under the RMB. In order to maintain the peg and hold down the value of the RMB, China began accumulating foreign exchange reserves by withdrawing foreign currency from circulation. Today, China’s foreign exchange reserves are massive, at $1.4 trillion as of September 2007.

In the eyes of American policy-makers, this presents a problem because the majority of these reserves are held in Dollar-denominated assets, namely in the form of US Treasury securities. The US government theoretically could not be happier that foreign Central Banks are willing to finance its perennial budget deficits. However, this borrowing has reached a point where foreigners now control over 40% of the US national debt. Moreover, long-term US interest rates are market-driven, based on the buying and selling of US government bonds. In other words, the US has gradually ceded control of its long-term interest rates to foreign Central Banks, namely China and Japan.

As the Dollar has depreciated over the last five years, many Central Banks have begun “diversifying” their forex reserves, by switching from Dollar assets to assets denominated in other currencies. This is problematic for the Dollar for two reasons. First, switching from US assets to European assets, for example, directly causes the Dollar to depreciate. Second, the bulk sale of US treasury securities (whether or not they are replaced with other US-assets) causes US bond prices to decline and hence, yields to increase. Thus, if China suddenly decided to diversify its reserves, for economic and/or political reasons, it could potentially crash the Dollar and send US long-term interest rates skyward.

The second aspect of the China-US economic relationship which China could wield to its advantage is the RMB itself. American public officials enjoy criticizing China for failing to allow its currency to appreciate more quickly. In fact, there is a bill that has been lying dormant in the US Congress which threatens to slap a massive across-the-board tariff on all Chinese imports if China fails to allow the RMB to appreciate adequately against the Dollar. What policymakers don’t realize is that a rapid appreciation in the RMB would actually harm theUS economy.

Coupled with its growing role as the world’s factory, China’s cheap currency has made Americans wealthier, by increasing their purchasing power. As production of labor-intensive goods was outsourced to China over the last decade, prices for finished products began to fall both in real terms and in nominal terms. While the effect on US employment trends is debatable, its effect on prices has been unambiguous. Thus, even while the American economy boomed, inflation remained relatively modest by historical standards. This allowed the Federal Reserve Board to hold interest rates down and foment economic growth.

Direct Competition with US Exporters

A more potent (and plausible) weapon would be to compete more directly with US exporters, by expanding into high-technology products. Currently, China specializes in manufacturing labor-intensive products, which have long since been manufactured outside of the United States. As previously stated, a revaluation of the Chinese Yuan would surely not return production to the US. However, if China were to expand into capital-intensive and/or high-technology products, it could easily steal marketshare and jobs from the US.

In addition, there is the impact that China’s economic growth has exerted on global raw material prices. It has been said that 25% of the world’s construction cranes are currently located in China, to support the country’s building boom. These massive development and infrastructure projects require proportionally massive quantities of raw materials, namely cement and steel. Unfortunately, China is especially inefficient at converting raw materials into finished products. Combined with the CCP’s emphasis on the near-term (which inherently prioritizes low cost over efficiency), this is placing a tremendous strain on global energy supplies, driving prices skyward.

The global prices for oil and coal are already at record highs and China only consumes 1/15 the amount of per-capita energy as the US! Chinese energy companies are becoming increasingly visible, scouring the globe for stable supplies of energy and often coming head-to-head with American energy companies. Conveniently, China does not recognize the ethical issues which arise from purchasing energy from dictatorships and corrupt regimes, whereas US companies are limited from doing business in these places. From Sudan to Myanmar to Kazakhstan, Chinese companies have set up join ventures where US companies could not. While energy prices have certainly risen in the US, they have not kept pace with global energy prices. In this way, China is able to ensure that its citizens and its businesses have the oil, coal, and natural gas that they require, while their American counterparts may be forced to conserve.

Two years ago, the Chinese National Offshore Oil Company [CNOOC] attempted to purchase an American energy company, Unocal, for over $18 Billion. However, the deal was blocked by the US Congress, which feared Unocal’s energy reserves would be supplied to China at the expense of Americans. It did not help CNOOC’s case that 70% of the Company was effectively owned by the CCP. Needless to say, Chinese government officials were not happy with the outcome; (Unocal was ultimately sold to Chevron for a lower price). China has already shown its willingness to use extreme tactics to secure an adequate energy supply. It seems reasonable to expect its energy policy will continue to oppose and inconvenience the US.