The European Union signed agreements with Switzerland, Liechtenstein, San Marino, Andorra and Monaco on the abolition of "bank secrecy." Russia joined the agreement, which made it possible to find accounts of Russian presidential candidate Pavel Grudinin in Switzerland. Why is the US in no hurry to join the trend? 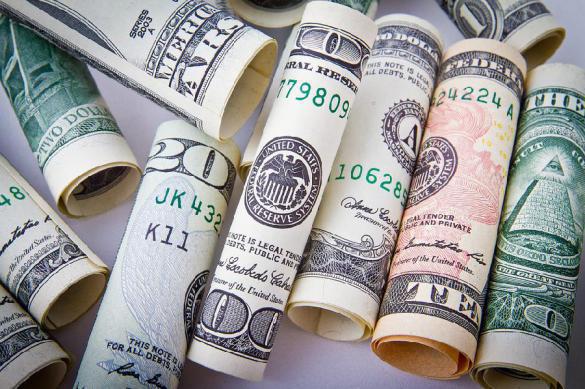 Europe is closing the "tax haven"

There no more bank secrecy in Europe. If someone owns a bank account in Switzerland, the information about it will be exchanged automatically, European Commissioner for Economic and Financial Affairs, Taxation, and Customs, Pierre Moscovici, said on February 12.

Swiss and other banks were supposed to change their bank secrecy policy under the Common Reporting Standard (CRS) - an agreement on automatic exchange of financial and tax data, which 47 countries signed on May 6, 2016. Their number is now nearing 80. According to CRS, banks send information about their customers' accounts to local tax authorities, which subsequently exchange information with tax authorities of other countries.

Russia joined the CRS from the beginning of 2018, which means that European accounts of Russian citizens shall also be verified by EU supervisory authorities and the tax service of Russia starting from January 1.

It is worthy of note that in Switzerland, unlike in other countries, the income received from percentage of deposits and trust operations is exempt from taxation (10-50% in other countries). Plus, a bank depositor in Switzerland does not have to pay income tax and other taxes in their country of residence by withdrawing capital through rogue firms. It would often be "dirty money," which would then be laundered through official operations. Now, the interested country is entitled to request details of the detected account should a financial crime be suspected.

In addition, the European Union is concerned about huge losses in the collection of taxes, and EU authorities have been taking swift decisions at this point. In December 2017, EU finance ministers officially approved a black list of 17 offshore companies, which may face sanctions in the near future. It goes about such territories as Samoa, Bahrain, Barbados, Grenada, Guam, the Republic of Korea, Macao, Tunisia, the United Arab Emirates and other countries. Another 47 countries and territories were included in the so-called "gray list" - Turkey, Switzerland, Liechtenstein, Serbia, Montenegro, Macedonia, Albania, Bosnia and Herzegovina, Armenia, Thailand, Vietnam, Hong Kong, Uruguay, Peru, Morocco, Jordan and others.

The US does not want to join the CRS

However, the EU list does not include the United States. The Americans have refused to participate in the CRS. Instead, Washington introduced its own financial data exchange during the time of Obama's presidency - the so-called FATCA (the Foreign Accounts Tax Compliance Act, the law on the fulfilment of tax claims on foreign accounts). The law stipulates the imposition of financial sanctions against foreign banks that refuse to transfer information about US taxpayers. In a nutshell, while other countries of the world must provide their reports to Washington unconditionally, FATCA works selectively in the opposite direction.

Meanwhile, Switzerland, the United States and the Cayman Islands (Great Britain) were identified as the largest refuge for capital flight in accordance with TJN 2018 Financial Secrets Index - an independent international study. Over the past three years, the share of the United States on the offshore financial market has increased from 19.6 to 22.3 percent, the report says.

The US government refuses to participate in international initiatives to exchange tax information with other countries and has not been able to put an end to the use of anonymous companies and trusts aggressively sold by certain US states.

Senator Sheldon Whitehouse, noted at the Senate Judicial Committee that if the US does not follow the example of the Europeans in the very near future, America may lose the title of the stronghold of justice around the world. Yet, the Trump administration is in dire need of assets to secure its exorbitant debts.

Many say in Europe that the United States has been going on the way of unfair competition. It's clear where capitals from Swiss banks will go depriving Europe of billions in revenues. Is Europe ready to impose sanctions on US banks like on banks of other countries? Hardly.

Fortunately, the reorientation to US and British banks does not relate to Russian fans of tax evasion: the "Kremlin list" may trigger arrests of accounts of all top Russian businessmen. Putin's prophecy to oligarchs has come true. "You'll get tired of swallowing dust removing money from offshore," he once said.

Pro Tip: Manage your small business accounting and taxation needs with high performance cloud based quickbooks hosting on a cloud desktop from a reliable provider of desktop as a service with 24*7 top-notch support from Apps4Rent.

Author`s name Lyuba Lulko
*
18:54
Ukrainian soldier uses chainsaw and fire to release US howitzer from ice trap
18:30
Onet: Ukraine will lose in six months due to shell shortage
14:17
Russians buy more than 50 tons of gold in 2022
13:34
USA's plan to give 20 percent of Ukraine for peace hoax
19:57
Russia will use all of its military potential to counter Western arms supplies to Kyiv
18:34
Biden changing strategy on Ukraine to reach diplomatic solution with Russia
17:36
Consequences of NATO's possible supplies of fighter jets to Ukraine get clear
15:16
Ukrainian forces suffer heavy losses while trying to cut across Dnieper
13:35
USA's next step is to suppress European economies
12:52
Victoria Nuland turns herself in about Nord Stream blasts
Medvedev: Ukraine as a state to be devastated, go bankrupt and be turned into colony