Ukraine announced the discovery of a gold deposit, the reserves of which are evaluated at at 2.4 tons. However, even two tons of gold will not help Ukraine overcome the pre-default condition of its economy. 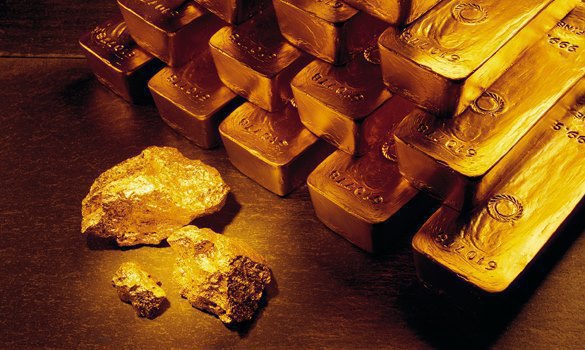 The deposit was found in the Rakhov district of the Transcarpathian region of Ukraine. The deposit is believed to hold 2.4 tons of gold.

Meanwhile, the Ukrainian economy remains in deplorable condition. The country's need in money is enormous. The Ukrainian government is still waiting for as much as $3 billion in new tranches from international creditors. Yet, both the IMF and the World Bank have made it clear to Ukraine that new tranches would be possible only if Ukraine continued conducting reforms and anti-corruption struggle.

Ukraine's public debt currently totals more than $77 billion. Spokespeople for the Ministry of Finance of Ukraine announced that the limit of the state-guaranteed debt was going to grow 2.3 times by the end of 2018.

To crown it all, in addition to numerous debts to international organizations, Kiev will most likely have to pay the debt to Russia in 2018 too. In late 2013, former Ukrainian President Viktor Yanukovych borrowed $3 billion from Russia. Russia purchased Ukrainian Eurobonds using the National Welfare Fund for the purpose. However, the new Ukrainian administration refused to pay the debt to Russia and offered to restructure the loan.

Russia turned to the High Court of London and won the lawsuit against Ukraine. The court obliged Ukraine, in addition to the principal amount of the debt, to make additional payments and penalties to Russia in the amount of $75 million.

It is worthy of note that Ukraine's newly discovered gold deposit is not large at all from the point of view of international standards. It is highly unlikely Ukraine is going to build a gold-mining factory there to develop the deposit, because the country has no money for it. Preparations may take up to two years, wheres the actual development - up to 15 years.