Russia has introduced new banknotes  - 200 and 2000 rubles - on October 12, 2017. Chairwoman of the Bank of Russia Elvira Nabiullina and Goznak CEO Arkady Trachuk unveiled the new notes at a special press conference in Moscow. 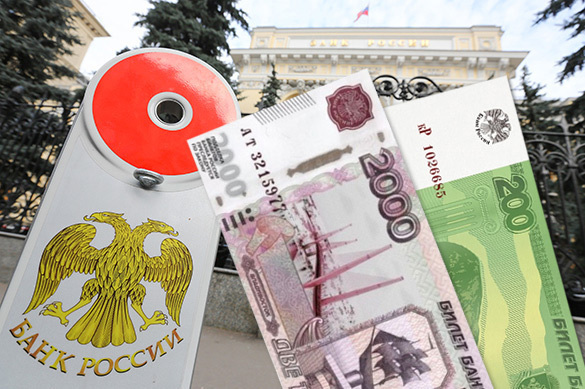 Moscow will be the first city of Russia, where the new notes are going to be introduced. The regions depicted on the new notes will also receive the new money first. The 200-ruble note shows a monument to sunken ships in Sevastopol, the Crimea, as well as "Chersonese of Tauris" museum-reserve. The 2000-ruble note shows images from the Far East region: the Russian Bridge in Vladivostok and the Vostochny spaceport. Noteworthy, the presentation of banknotes was held via satellite TV link-up between Moscow, Vladivostok and Sevastopol.

According to Elvira Nabiullina, the introduction of banknotes will be carried out in stages, as they are developed in strict secrecy. One can already use the new money in stores, but ATM machines will be able to work with them only by December.

"This is an international practice, this is how the Bank of Russia traditionally operates, and this is necessary to counter counterfeiters," explained Nabiullina. "We expect that the mass entry of the new banknotes will start in December, when both banks and enterprises complete preparations," she added.

The introduction of the image of the coat of arms entailed changes of the entire design of the banknotes. The new bills are made from 100% cotton, like other currently circulating notes. However, the paper cloth for 200-ruble banknotes undergoes additional processing - it receives  polymer treatment to strengthen the structure.

The introduction of the 200-ruble banknote is conditioned by the trend according to which the lower denomination of banknotes wears out more quickly. For comparison, the largest banknote in Russia - 5,000 rubles - lasts for ten years and longer, whereas the 50-ruble note lasts for only 15 months.