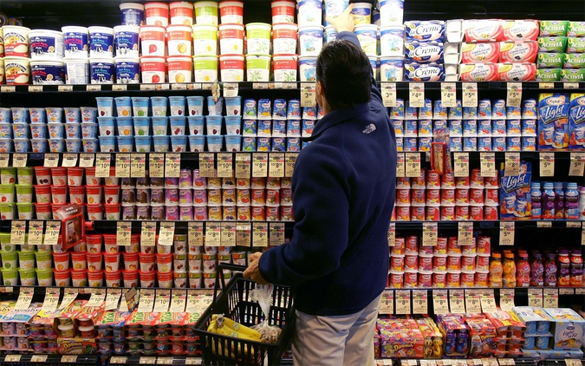 Russia has not seen such a serious decline in imports since the beginning of the new millennium. Last year, Russian retailers had 38 percent of imported goods, a report from the National Rating Agency said. Those imports include the goods from Belarus, Kazakhstan, Kyrgyzstan and Armenia - members of the Customs Union.

Imports have been losing positions in Russia since August of 2014, when Russia responded to the sanctions from Western countries by introducing an embargo on imports of certain goods from them.

A recent analysis conducted by the Federal Customs Service has pointed out several types of goods, the imports of which have declined most.

The list includes poultry (poultry imports collapsed by 44% last year), as well as canned meat and vegetable oil (declined by 63%).

Experts note that the two main reasons for such a trend are Russia's counter sanctions and declining incomes of the population. Russia's population incomes have been declining for two consecutive years already (by 4.3% in 2015) along with consumer activity.

According to the Russia's Federal Statistics Agency, Rosstat, the data received from the customs service should not be regarded as Russia's economic problem. The growth of production of domestic industries has also contributed to the decline in imports.

Noteworthy, the European Union lost $9.3 billion as a result of Russia's embargo in 2015.