Russian customers should be properly informed about the presence of palm oil in food products. President Putin instructed the government to take adequate measures at this point and study a possibility for the introduction of excise duties on tropical vegetable oils. 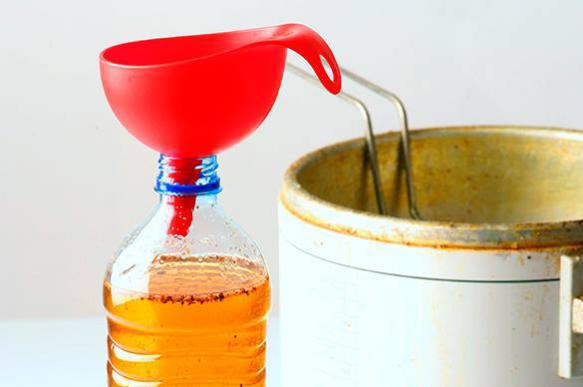 Putin gave the instructions soon after the televised Q&A session with Russian citizens, during which Putin noted that Russia could excise palm oil, although such a move would raise prices on food products.

Putin put forward an alternative solution to oblige manufacturers to inform customers about the content of palm oil in food on packaging. "We must make a decision that would oblige producers to write it in capital letters on the packaging," Putin said.

In return, he added, the government would not excise palm oil. Nevertheless, customers should be properly informed about the content of palm oil in food products that they purchase, the president concluded.

"This problem shall be solved in the framework of technical regulations. Yet, such a solution lies within the competence of the commission of the Eurasian Economic Union, so we will have to coordinate this decision with our partners," the president said.

Pravda.Ru asked an expert opinion on the subject from TV presenter, author of many books on healthy lifestyles, Gennady Malakhov.

According to Malakhov, residents of Russian provinces (Gennady Malakhov lives in the Rostov region) often buy products on market places, rather than in supermarkets. "I do not see this palm oil much, but it can be often found in food that is available in chain supermarkets," he told Pravda.Ru.

Palm oil causes various diseases and is considered carcinogenic in nature. Therefore, indicating the presence of palm oil on food packaging seems reasonable, as consumers need to know what they consume.

Insignificant and occasional intake of palm oil does not cause much harm to the human body. One may refrain from eating such products as cookies, for example, for several days to replace them with fruit and vegetables.

"It is best not to take palm oil inside not to think how to take it out afterwards. Everyone wants to make their products cheaper to attract customers and survive on the market, but this competition goes against consumers in the end," Gennady Malakhov concluded.