When human capital becomes valued and included in economic policies, the economy then proceeds to make full sense. To modern economists who base their actions on that line of thought, it is announcing loud and clear, what Edmund Phelps, Nobel laureate, says quite rightly: "the good economy is one that satisfies the aspiration to a good life". 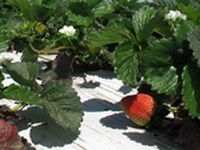 So if economists have a well-defined "function" in society, that is certainly to be involved in the process of economic and social transformation, in the inclusion of the excluded and valuing people.

Make no mistake that will only be full, true and consistent when economic actions promote this urgent transformation.

Development, in its many manifestations, is not a matter of having, but rather being. Gandhi argued that development would be good and just only if it elevated the condition of being more modest. Father Louis Joseph Lebret pointed out that development should not be seen only through the economic prism (material accumulation), but also the social, ethical, political, moral. Adam Smith, anxious to study the fundamentals that determine the wealth of nations, said the true wealth should be evaluated by the household's standard of living.

To achieve true and full economic development, it is fundamentally important that the economy makes the inclusion and appreciation of individuals.

This addition undoubtedly passes through evaluating the standard of living of families. When you think of "inclusion", it should be borne in mind that this term is associated with the reach that well-being has. It is the inclusion of people which it is agreed measure the axis of freedom and improve the lives of everyone. This implies, first, capturing the social reality, transforming it.

Put another way, this should be the main focus of economic concerns. Not surprisingly, there is a consensus affirming that economic growth is accompanied by a flowering of freedoms.

That freedom only reaches fullness when incorporated in its most important imperative framework: social justice. In turn, social justice is the other known way of calling an economy that is tuned to the central idea that puts economic progress in the service of the poor, the humble.

One cannot think of development without first valuing human capital, and it is also not possible to talk seriously about growth of freedoms and social justice knowing that one third of humanity remains steeped in misery, in abject living conditions.

It urges engineered solutions within the economy itself to put an end to this shame, because economics is a social science and a productive activity that has all the requirements to substantially improve the lives of those who need help in a world marked by inequality.

To continue delaying the solution of this huge and inhuman problem (hunger-poverty-exclusion-inequality), is to be procrastinating the evolutionary scale of life values; before that, it is confronting the ability to live in balance, in harmony, in welfare.

If every social problem requires in advance an economic solution, the Economy (science and activity) is in a position to solve this madness called social inequality.

One has to understand rather the real and true meaning of the term development, so that we can then draw economic policy which can mitigate the social imbalances.

The latter are next to us who deem it necessary, before anything else, to destroy the foundations of poverty in order to solidify an economy with ability to thrive without social spots of hunger, poverty and social exclusion.

Whoever is that side, know that an economy goes bad and regresses when speculation and tricks, for example, the financial market, become more attractive than the creation of new activities that are born of new ideas that, in turn, are centered on the development of human resources, individual work and the actions of each of us.

Marcus Eduardo de Oliveira is an economist and professor of economics at FAC-FITO and UNIFIEO in Sao Paulo.