Kazakhstan braces up for economic crisis, holding hands with Russia

The collapse of oil prices that has already eaten much of the income of both Russian and American corporations has reached Kazakhstan. The economic crisis is looming over another member of the Customs Union. Is there a threat to the Customs Union during the period of the economic hardship? What does the Kazakh administration do to avoid the crisis? 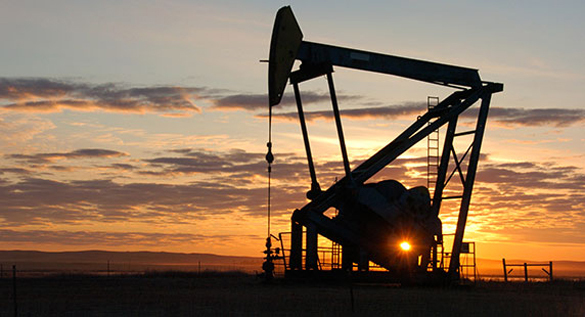 Kazakhstan braces up for the crisis

The growth of the Kazakh economy slowed down in 2015 to three percent. The fall of oil prices is not the only reason. The country is facing the growth of cheap imports from Russia and the decline of consumer demand. In addition, Standard & Poor's confirmed short term sovereign credit ratings of Kazakhstan on foreign and national currency obligations on the level of A-2. According to forecasts from the agency, the GDP growth of Kazakhstan will slow down to 1.5 percent in 2015, whereas the GDP growth per capita will make up the average of 1.6 percent in 2015-2018.

Kazakhstan's economic problems, S&P belives, are directly connected with the country's dependence on the oil sector, the share of which accounts for 20-30 percent of GDP, over 50 percent of budget revenues and 60 percent of exports.

"Of course, Kazakhstan's dependence on oil exports is considerable. In the structure of export income of the Kazakh budget, oil accounts for early 70 percent - about 55 billion dollars last year, - Ivan Ippolitov, a spokesman for the department of Central Asia of the Center for the Studies of Problems of near-foreign countries, an employee of the Russian Institute for Strategic Research, told Pravda.Ru. - Low oil prices promise hard times to Kazakhstan and other oil exporters, especially if low prices on oil last for a long period of time. The rate of the national currency, the tenge, reacts to negative events in economy.

A year go, the tenge lost nearly 20 percent of its value, which struck a blow on the population," the expert told Pravda.Ru.

However, it's appears that the devaluation of the national currency last year was only a start. Kazakh President Nursultan Nazarbayev has repeatedly warned local citizens that they would need to get ready for difficult times.

This may occur due the changing global situation, including the ongoing standoff between Russia and the West. It is important to realize that Kazakh oil exports go via the territory of Russia, on Russian pipelines and Russian ports. In addition, Kazakhstan largely depends on imports from Russia. Therefore, Russia's economic problems affect Kazakhstan.

In the beginning of the month, it was reported that Kazakh businessmen addressed the authorities with a request to ban imports of certain types of goods from Russia due to the fall of the ruble rate. The decline of the Russian ruble made Russian goods more competitive on Kazakhstan's markets. However, Kazakh authorities said that there would be no such decisions made. It would be very strange for Kazakhstan to ban imports from Russia under the conditions of joint economic space and membership in the Customs Union.

How can the economic decline of Kazakhstan affect the stability of the Customs Union?

"Economic difficulties in Russia and Kazakhstan may affect the development off the Eurasian integration. Both Russian and Kazakh economies depend on foreign trade and exports of natural resources. Yet, one should not be dramatic about it. One should understand that economic times can vary from easy to hard periods. One will have to look for options to overcome these problems," Ivan Ippolitov told Pravda.Ru.

The crisis should not affect the Eurasian integration

At the same time, the chairwoman of the department for economics at the Insitute of CIS countries, Aza Migranyan, told Pravda.Ru that the Customs Union is not going to see considerable economic difficulties in the near future. According to the expert, economic indicators have declined recently, but physical production volumes remain the same, and these factors do not change in the majority of countries.

"There are certain difficulties connected with the growth of the inflation rate and the decline of the purchasing capacity of the population. Such factors reduce the volume of mutual trade.

"This is the first factor that we see and notice - the declining level of consumption and the dynamics of the development of domestic production. As for the questions of the development of competitive ability, economic difficulties affect the plans that the government had prepared for the modernization of economy," Aza Migranyan told Pravda.Ru.

In the conversation with Pravda.Ru, the expert noted that if the government of Kazakhstan could indeed limit the imports of goods from the Russian Federation, it would have contained the development of the Eurasian Economic Union.