Russia, Kazakhstan and Belarus to have new joint currency by 2025

In May 2014, presidents of Russia, Kazakhstan and Belarus will sign an agreement on the establishment of the Eurasian Economic Union. Sections 9 and 11 the agreement, the draft of which is available on the official website of the Russian Ministry for Economic Development, are devoted to the joint monetary policy and financial markets. During the first stage, it is planned to set up an advisory board of the heads of central banks of participating states. The banks would be responsible for the rate of national currencies, regulation of banking and insurance activities and the harmonization of the securities market. 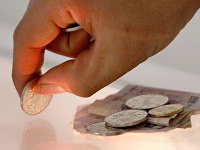 The name of the new joint currency has been supposedly coordinated - altyn. The new currency is likely to be introduced not later than in 2025, although international economic sanctions against Russia may cut the process to 3-5 years.

The idea of ​​the new joint currency belongs to Kazakh President Nursultan Nazarbayev. In 2012, the idea found support with Vladimir Putin and Dmitry Medvedev. In Russia, altyn was the word to refer to three-kopeck coins.

The President of Kazakhstan is a longtime champion of the introduction of a new supranational reserve currency. He believes the dollar is an illegal and non-competitive means of payment. Nazarbayev said earlier that the "world currency was not de jure legitimate because it was never adopted by any communities or organizations." "There is no such international law," he said.

According to Nazarbayev, "the world currency market is not a civilized market, as the system of world currency issuance is not being controlled." The Kazakh president believes that the world is moving towards a new monetary system: from "defective capitalism" to "the new capitalism that would be based on a non-defective currency - self-growing global wealth."

Altyn had been in circulation on the territory of several Russian principalities from the XV century. The coins appeared simultaneously with the beginning of the era of coinage. Interestingly, the altyn was used as a Eurasian currency immediately after it appeared. This coin was used in calculations between Russian and Asians nationals. In the XVII century, 20 altyn could buy a live calf, five - a piglet, two or three - a goose.

The name of the coin could be borrowed from the Golden Horde, where there was a coin of the same name. According to researchers, the word "altyn" comes from the Turkic numeral "alti" which means "six." Others believe that Russia simply adopted the Turkic word "gold" that sounds just like the name of the coin. However, the altyn was never coined in gold. Originally, it was made of copper; the silver altyn appeared during the times of Peter the Great.

In 1839, under Nicholas I, the altyn was revived in the form of copper coins of three kopecks. Three-kopeck copper coins were used during the Soviet era, although the coins lost the original name. The coins of this value disappeared after 1991.