News aggregators show considerable influence on Internet users. This was an opinion expressed by most experts, whom Pravda.Ru managed to contact. Almost all of them agreed that talking about objectivity of the news picture of the day as presented by news aggregators, is hardly possible.

The reason for the conversation was based on the topics that Russian news aggregator - News.Yandex - offers its visitors. In 2011, Yandex held its IPO, having started trading its shares on Nasdaq stock exchange.

A few days ago, a lot of attention on News.Yandex was paid to the sentence of defendants of the case of Bolotnaya Square (May 6, 2012) and detentions conducted near the building of the Moscow court, where the trial was taking place. It just so happens that both the Olympics and the events in Ukraine paled in comparison with Bolotnaya Square news, according to News.Yandex. 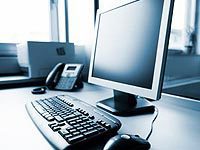 This way of presenting information is "complete nonsense," the Director of "Smart Internet," Vladimir Mamontov said.

"For Russians, certainly, Ukraine and the Olympics have been the most important news lately. Most Russians were switching between these two topics for many days. The fact that someone pulled a different topic up to the list of top news stories means that we are dealing with the people, who do not monitor the real picture of readers' interest. Instead, they pursue their own specific political solution or another motivated problem," he said.

Chief editor of the Moskovskaya Pravda newspaper, Shod Muladzhanov, shares the same opinion. "If we talk about Muscovites, then there is something to argue about. But if we talk about the Russians in general, then the percentage of those interested in the Bolotnaya case would be not higher than five or six percent. As for the Olympics, I would speculatively estimate people's interest at 60 percent. Ukraine would take the rest," said Muladzhanov.

The presentation of information on News Yandex can not be called comprehensive, he said. "Not only News.Yandex, but some other media, especially on the Internet, in my opinion, completely distort the real picture. I am personally quite serious about this issue, about the so-called Bolotnaya movement and the fate of those people and their ideas. I am interested in that. But to say that the vast majority of Muscovites, and especially Russians, are interested in that is not just a lie, it's just nonsense - this is impossible," said the chief editor of the Moskovskaya Pravda.

Speaking about the degree of influence of news aggregators, Professor of the Higher School of Economics, Oleg Matveychev, noticed that "no one would make them if they were absolutely useless."

"Of course, they collect everything deliberately, and people look at the top news stories, they want to see what they have on, and they read the news that everyone talks about," said the analyst.

Chief editor of Political Class magazine, Vitaly Tretyakov, responded positively to this question as well. He believes that news aggregators thus provide a news picture of the day.

"Simply put, something that can be silenced, something can be trumpeted. Most visitors get the impression that some news stories are more important than others. They may know nothing about important events, and speak about absolutely unimportant news as something of paramount importance," he said.

Vice-speaker of the State Duma Igor Lebedev shares this viewpoint. According to him, news aggregators on the Internet in today's world influence people's minds seriously, especially if it goes about people of the younger generation.

Answering the question of to which extent News.Yandex can be considered objective, for which the main news story on January 1 was an attempt to hold a rally on Triumfalnaya Square on December 31, journalist Arkady Mamontov said that "this is a good search engine that starts to get involved in politics."

"The search engine whips up hysteria following the example of Ukrainian opposition media that brought down power in Kiev," he stressed.

"You know, there is something going on there. I started to notice recently that they no longer highlight important and even clickable things. They either do not put them on top, or do not include them in the top news stories at all, so you have to look things up yourself," Vladimir Sungorkin, editor-in-chief of the Komsomolskaya Pravda newspaper said.

"I think it reflects the views of the people who work or manage this organization," he added.

Vladimir Sungorkin responded positively to the question of whether one should consider the possibility to legally regulate the registration of news aggregators as mass media.

"Aggregators, at this moment in Russia, and in many other countries, are, shall we say, parasitic organizations. First, they earn a lot on those who make news, and secondly, they manipulate willingly and irresponsibly," said the chief editor of the Komsomolskaya Pravda.

Igor Ledebev believes that one could discuss the idea. Shod Muladzhanov believes that aggregators that consider it their profession, have employees and so on are, of course, mass media.

"There are no two ways about it," chief editor of the Moskovskaya Pravda said.