How about some answers, President Bush?

Time for some home truth, time for pravda!

That President George W. Bush thought he was doing the right thing when he ordered the invasion of Iraq, deriding all the forums and norms of international law in the process, there is no doubt. At the time, the author of this article was one of the first to warn that a grave mistake was about to be committed. While not wanting to take advantage of a difficult situation and make it even more uncomfortable, the responsibility for going ahead against the grain of international public opinion belongs to George Bush, he is now accountable for what has happened and owes it to the international community to explain once and for all what he intends to do to right the wrong he has created.

As the death toll mounts by the day both among the military and the civilians – the real, innocent victims – it is time for some answers. 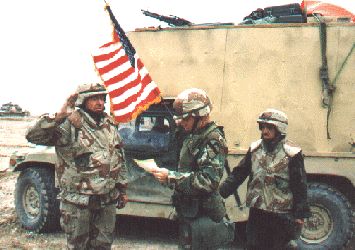 As we stated around three years ago, several months before the invasion, the foreign invasion force was not going to waltz into Iraq, be received by a sea of flowers and waltz out again a few weeks later. What George Bush has done, as predicted, is to wholly and totally destabilise the region, opening the floodgates for thousands of insurgents and extremists to pour into a country where they never existed, despite Washington's lies.

The US authorities' lame excuses for what has happened are witness to the shambles with which they have managed the whole affair. The cases of torture point towards a collapse of the chain of command, the attempts to cover them up at first a sign of wilful dishonesty more befitting of a tin-pot fascist dictatorship in some banana republic somewhere hot and sticky, and three years on, what sort of state is the country in?

Bush may claim that Iraq is back on track but let us examine the facts. The US military targeted civilian infra-structures during their illegal and murderous act of aggression, which is against the Geneva Conventions. These remain in a state of disrepair today in many areas.

The country is not nearing a state of normality, as Bush claims, it is spinning further and further out of control. Let us examine just some of the figures in the ever-increasing pile on my desk from our sources in the area for the first week of 2006.

202 people dead and at least 160 injured, apart from the many others reported but unconfirmed by us (we only use information corroborated by us directly) in just one week nearly three years after Bush declared the invasion over does not sound like a country anywhere near being under control.

And on Sunday 8th and Monday 9th January, there are at least two more reports coming in of separate fatal incidents.

It is time for the President of the United States of America and his regime, which attacked Iraq for personal reasons, to answer up to the international community if they do not have the guts to do so to their own people, of whose hard-earned cash this sickening clique of elitist billionaires has already spent two hundred thousand million US dollars.