The negligence degree of the Chinese authorities is really astounding

Another environmental disaster has been reported in China, a second case of river pollution over the last month. A large amount of metallic cadmium was spilled into the Beijiang River in the southern province of Guangdong. The concentration of this highly poisonous chemical is 10 times higher above the norm. State of emergency has been already declared in three large cities. In the meantime, the toxic spill caused by the explosion at a Chinese petrochemical plant in November has crossed the China-Russia border. The benzene slick was expected to reach the city of Khabarovsk on Thursday this week. 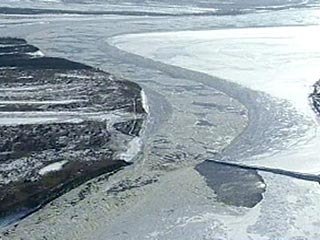 The Chinese are standing in line to the water wells again. Residents of Harbin have recently had to do without water due the major pollution on the Songhua River. Nowadays residents of the southern part of the country are affected by another toxic spill. Environmentalists accuse the Shaongung smelter of polluting the river. The plant reportedly dumped several tons of cadmium-polluted water in the river during the equipment repairs.

One can be really astounded by a degree of negligence on the part of Chinese authorities. The plant is reported to be running as usual despite the discovery of cadmium in the water a week ago. The facility was to have shut down on Thursday. The toxic spill is currently flowing down the river. Water supplies have been cut since Tuesday in the city of Shaogung, the provincial capital. Local authorities issued a decree banning the use of water from the river and nearby water reservoirs. Residents are raiding the stores in search of bottled water.

The authorities set up a special commission to investigate the incident and find those who were behind it. Meanwhile, the man responsible for the last month’s river pollution has been already punished or he punished himself, shall we say. Wang Way, deputy mayor of the town of Jilin, committed suicide. The deputy mayor was in charge of tackling the aftermath of the explosion at a chemicals plant on November 13. The official said that the incident would not cause major pollution shortly after the pollutants hit the water of the Songhua River which flows into the Amur River. Contrary to his statement, the explosion resulted in 100 tons of benzene and related products being released into the river from which Harbin, a city of 9 million people, draws its drinking water.

The head of the State Environmental Protection Administration was fired last week. The director of the Jijin plant was fired too. However, the dismissals do not make any difference to residents of China and Russia living along the Amur riverbanks. The people of Khabarovsk have been expecting the “present” from the 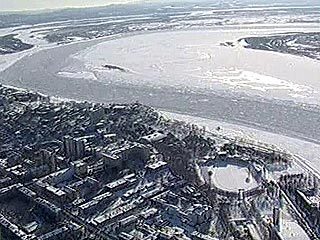 Chinese for more than a month due to freezing temperatures that slowed down the movement of the toxic spill downstream the Songhua River.

According to a spokesperson of the Emergency Situations Ministry, the toxic slick of polluted river water should reach Khabarovsk at 8 a.m. on December 22. The city water supply inlet has been shut off temporarily until the water samples were on hands. Drinking water is delivered by tank truck to the residents of the village of Krasnaya Rechka already affected by the polluted river water. The Emergency Situations Ministry says a number of measures to ensure the restricted use of water have been taken in Jewish autonomous region and Khabarovsk region.