Alexander Lukashenko, the incumbent President of Belarus, will most likely win the election despite financial efforts taken by the West

The Lower House of the Belarussian Parliament set the date for the presidential election in the country – 19 March, 2006. The pre-election campaign will be launched three months before the voting day, according to Belarus laws. For the time being, there are only two candidates, who set out their intentions to participate in the election: incumbent President Alexander Lukashenko and opposition leader Alexander Milinkevich. 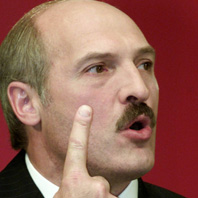 Belarussian authorities assure that they will never let another “orange revolution” break out in the country. Western politicians, however, believe that it is about time Lukashenko's regime should be changed. The Belarussian opposition receives tens of millions of dollars for the purpose. The newly elected President of Poland, Lech Kaczynski, was extremely emphatic in his statement for example: he called upon the West to organize a crusade against Lukashenko's regime.

Pravda.Ru interviewed the director of the Center of Political Research, Sergei Markov, and deputy director of the CIS Institute, Vladimir Romanenko, and asked the specialists' opinion about the present and the future of Belarus.

Question: Is it possible that Belarus will follow Ukraine's example and experience something similar to the orange revolution?

Sergei Markov: Certain attempts to organize a national revolution in Belarus will definitely be taken. Lukashenko's policies raise serious concerns with many politicians in Belarus. The West invested considerable funds in the revolution too: the money was used to set up the local opposition. However, it will be highly difficult for the Belarussian opposition to win the election.  Lukashenko enjoys an immense popularity in the country. The local defense structures will be ready to suppress any riots. Unlike Ukraine, Belarus is a strictly authoritarian state.

Vladimir Romanenko: An orange revolution in Belarus is impossible. The Belarussian opposition is poorly organized. However, it does not exclude provocations. The West will probably try to make the local oppositionists look like martyrs, although the trick is not likely to work. The majority of people support Lukashenko; the national defense structures take his side as well.

Question: Will Alexander Milinkevich's persona reduce chances for the Belarussian opposition? He represents the Catholic, Polish-oriented community of the country, for instance.

Sergei Markov: It is definitely an important aspect. In addition, Milinkevich worked with American organizations too. This is another factor to prove the weakness of the local opposition and its close ties with the USA and Poland.

Vladimir Romanenko: It will obviously have a certain influence. The Catholics in Belarus are the minority. Milinkevich represents this minority, which cannot be said about Viktor Yushchenko in Ukraine. The Belarussians treat Poland as a shuttle-trade partner, which has no chances to affect the internal situation in Belarus.

Question: How can you explain Lukashenko's popularity in Belarus?

Sergei Markov: Lukashenko made Russian the second official language in Belarus. He is determined to establish close relations with Russia. The people of Belarus welcome any Russia-oriented initiatives. More importantly, Lukashenko managed to establish political stability and low criminality in Belarus. Finally, there are no oligarchs in the country, and it can boast of the highest living standard on the territory of the former USSR.

Vladimir Romanenko: Legalizing the Russian language as the second state language was more important for Belarus than for Russia. Russian still remains the native language for the majority of Belarussian citizens.

Question: What will happen with Russian and Belarus after the presidential election in March of 2006?

Sergei Markov: The union between Russia and Belarus will be destroyed in the event the opposition wins the election. Most likely, however, Lukashenko will stay at power, which, of course, will lead to no considerable changes. On the other hand, Lukashenko can put an end to the union with Russia and become a pro-Western political figure. One should bear in mind the fact that Lukashenko is a “dictator” for the West.

Vladimir Romanenko: The Belarussian opposition will ruin the Unified State. Lukashenko will continue running his policies. He realizes that he will not be able to become a prominent politician in Russia. Lukashenko is not the perfect partner for Russia.