US Assistant to Secretary of State, Christopher Hill (the official representing the United States at the N.Korean nuclear talks) has made a surprise visit to Pyongyang recently. Most likely, the visit became possible due to the return of the previously frozen funds of the North Korean government. North Korea strongly refused to shut down its nuclear program before, when its bank account was arrested in Macao. 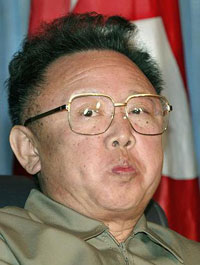 A top official from the financial department of Macao stated before that the funds (23 million dollars) were no longer registered on accounts of Banco Delta Asia. Foreign Affairs Minister of South Korea, Song Min-soon, added later that the funds had been wired under the control of their owner.

However, it became impossible to investigate the transaction due to its vague organization. The money was wired from Banco Delta Asia in Macao to the Federal Reserve Bank in New York. Afterwards, the North Korean millions were supposed to be moved to accounts of one of Russian banks through the Central Bank of Russia. Pyongyang’s agreement and an official confirmation from the USA were necessary for that transfer. The Far Eastern Commerce Banks (based in Russia’s Khabarovsk, said to be involved in the money transfer) denied any comments. It goes without saying that such a sum of money as 23 million dollars does not have much significance in national scale. Oligarch Roman Abramovich, for example, is known for much more expensive private acquisitions.

It brings up the idea that the money does not really matter for the North Korean administration, which prefers to stick to its own principles in international affairs. On the other hand, the loss of such a small amount of money affected the whole country. This may mean that North Korea is simply unable to develop the program of offensive nuclear arms.

North Korean bank accounts were blocked in Macao’s bank after the initiative from the US administration, which accused Kim Jong-il of money laundering and distribution of counterfeit dollars. The Guardian wrote two years ago that North Korea was making 500 million high quality fake dollars every year. It is worthy of note that N.Korea’s annual turnover makes up $650 million. US News said once that American special services had obtained a video tape containing the footage of N.Korean leader Kim Jong-il paying fake dollars at a casino in Macao.

This is very hard to believe. A surveillance camera would not be able to determine the authenticity of bank notes. It is an open secret that the US dollar is counterfeited in many other countries of the world. However, the US Treasury has never established Pyongyang’s guilt in undermining the US financial system.

In addition to financial accusations, the US administration stated that North Korea annually produces up to 40 tons of opium. Those statements are true. There were several attempts registered last year to smuggle small batches of drugs to Russia’s Far East. The largest batch – about eight kilos of heroine – was arrested in Russia in 1994.

North Korea was forced to try as many methods as possible in its attempts to survive under extremely hard economic conditions. The country even launched the industrial production of heroine in the beginning of the 1990s. The country, labeled as a link in the “axis of evil” suffered the most serious blow from Russia, when the latter joined international sanctions of the United Nations Organization. Russia’s sanctions against North Korea put an end to the cooperation of North Korea an Iran in the field of missile technologies, particularly of the Soviet origin. Now when Pyongyang lost almost all of its sources of income, it is ready to invite IAEA experts.