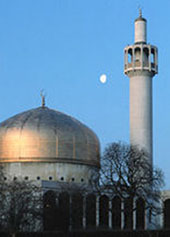 Before going to the ASEAN summit Vladimir Putin suddenly decided to visit Chechnya last Monday. During this visit he took part in the opening of the first sessions of the Chechen parliament. In Grozny the Russian president talked not only about the problems in Northern Caucasia. He touched upon the relations with the Islamic world in general.

Interfax quoted Putin saying: “Those who are fighting on the other side (Chechen militants – ed.) don't know that Russia has always been the most loyal, reliable and consistent defender of the Islamic interests. By destroying Russia they are destroying one of the major supports for the Islamic world.”

Boris Makarenko, the first deputy head of the Centre of Political Technologies:

I would neither underestimate nor overestimate the importance of this statement. The president chose the right approach when talking to the Eastern people. I must say that Eastern people – both in and outside Russia – pay much more attention to words and intonation than Western ones. It was very important for Putin to show that he treats Islam and Muslims well and that he will treat them even better. And he managed to do this.

Q: Was this statement intended for the Muslims living in Russia or for the Islamic countries?

A: His statement has both intra-Russian and foreign policy subcontexts. He admitted in public that the deportation of Chechen people and other repressed nations was totally wrong and was met with a storm of applause. This is very important because the enemies of Russia like to play upon this sad page of the Russian history very much.

As far as the foreign policy subcontext is concerned Putin was setting himself over against Bush. The thing is that many people in the Islamic countries regard US operation in Iraq as the war against Islam. Having such advantage as staying away from the war in Iraq Putin wanted to show Russia's friendliness towards the Muslim world once again.

Q: Is Putin's statement connected with the tension around Iran and Syria?

A: Of course, Putin's words are to a certain extent connected with the situation involving Iran and Syria. However, this connection can be traced rather on the level of the public policy than on the level of the real one. It is unlikely that this statement will effect the Russian position towards Iran's nuclear dossier and the report about the possible involvement of the Syrian special services representatives in the murder of ex-prime minister of Lebanon Rafik Al-Hariri. This is absolutely different topic.

Vladimir Razuvaev, the head of the Center of Economic and Political Research and Development:

Putin's statement is connected with two things. On the one hand, it is directed to Russia, where some Muslim leaders became very active. He wanted to show that Russia is a home country for Muslims as well as for other people and it stands for their interests. On the other hand, this statement is intended for the outside world. After joining the Organization of Islamic Conference Putin wanted to show again that Russia is a friend for all Islamic countries, not only for the ones it has good relations as a legal successor of the USSR.

The president made it clear that there is an Islamic world that is friendly to Russia and the attempt to turn it against Russia will turn it against itself. If Russia becomes very weak Islamic world will have no defender from the barbaric westernization that the US and its allies are trying to put into practice. Besides, Islamic countries will be subjugated economically as well.

It should be mentioned that Putin warned Muslims both inside and outside Russia against using them as food for the flames (meaning blasts of female suicide bombers in Russian cities – ed.). First of all, it is referred to the Northern Caucasia and Central Asia. Terrorism is an instrument in the hands of Russia's enemies and the president indicated this clearly.