Both Israelis and Palestinians simply grew tired of fighting

No matter what skeptics say about political science, it is quite exact. The principles of seizing and holding power work even in most atypical situations that fall short of being described as efficient democratic systems. The elections for the Palestinian legislative assembly are going to prove yet again that the principles are in order. The elections are slated for January 26th next year. 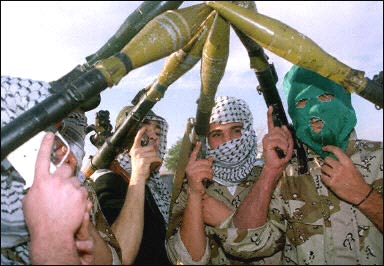 Political science has long put forth a concept about two political forces gradually becoming closer with regard to views and positions. The concept requires democratic ways and methods of waging political struggle and the existence of an extensive middle class or any other group of population advocating stability.

The convergence of programs of different political parties first started in the United States. These days it is a worldwide process. It has finally reached the Middle East that is still devoid of political normality due to its virtually uninterrupted wars.

The most typical example is a transformation of Fatah and Hamas, the two the most powerful movements that for many years have struggled for the creation of a Palestinian state. Just two years ago, the situation looked quite clear. Fatah was pursuing a moderate policy aiming to establish coexistence with Israel. On the other hand, Hamas is an extremist movement regarded by many countries as a terrorist organization.

What are the latest developments? A primary was held in Fatah on November 25th. The election not only strengthened the positions of young activists of a new wave, it brought out good results to more radical field commanders of the movement's paramilitary units.

Nowadays younger members of Hamas seem to prefer political means to armed struggle. It is quite understood. The number of Hamas representatives in city halls has increased over the last few years. Therefore, the largest donors of the Middle East peace process have found themselves in an ambiguous situation. They have to finance humanitarian programs purportedly carried out by activists of an organization that is regarded as terrorist by the international community. The situation would be totally absurd should Hamas win the January elections.

Can it be that terrorists will take command of the Palestine Authority?

It is possible to comprehend adequately the developments in the Middle East on the premise that both Israelis and Palestinians simply grew tired of fighting. A young and succeeding bureaucrat in a Hamas-controlled city hall can not understand why he has to fight because he is already in power. The situation in Fatah is a wee bit different, everybody is trying to jump on the bandwagon. The primary was designed to prove the public that Yasser Arafat's political heirs really want to be closer to the people, that they fight against corruption, and try to incorporate even the most aggressive fighters for Palestine independence into the organization.

Similar developments have been taking place in Israel. Israel's warrior-politician, Ariel Sharon, has become one of the most enthusiastic supporter of disengagement and coexistence. Just some time ago political scientists were confident that an imminent win of Hamas at the January elections would result in a triumph of the Israeli Right pulling the plug on the peaceful process for good. Today there are more questions than answers. Will Hamas win? Should it win, will the organization take any steps to aggravate the situation? Will Israeli Right benefit from another bout of hostilities? And what is the difference between the Right and the Left in today's Israel?

In other words, the old patterns for analyzing Palestine-Israel settlement have now become inapplicable. It is probably for the better. The most important thing is ensure that the settlement is crowned with a lasting peace.