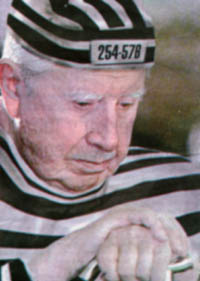 On Wednesday, Pinochet was placed under house arrest and charged with tax fraud, forging passports and documents, and incomplete reporting of his assets in a case involving an estimated $27 million hid in foreign bank accounts. Pinochet was about to pay bail in the tax fraud case on Thursday when a separate judge put him back under house arrest and charged him in seven disappearances that are part of a 1974 human rights case known as Operation Colombo.

Judge Victor Montiglio's ruling said Pinochet should face trial in seven "permanent kidnappings," the term Chile's legal system uses for people who were arrested by state forces and are presumed dead but whose bodies were never found. Montiglio did not set bail for Pinochet, whose family is planning a birthday party for him at his Santiago home on Friday.

Chile's courts are chasing the former dictator for a number of cases ranging from corruption to the assassination of political opponents during his bloody rule between 1973 and 1990. Human rights lawyers say 119 leftists, including members of the armed Revolutionary Leftist Movement, were taken prisoner by Chile's secret police and killed in 1974 in Operation Colombo. They say the Pinochet regime planted fake news stories in 1975 saying the dissidents died fighting among themselves.

Prosecutors are also behind him on the assassination of former Chilean officials. One in Buenos Aires, in 1974 and another one in Washington, in 1975. When Judge Montiglio questioned Pinochet recently about the case, Pinochet said he regrets losses that people suffered during his rule but said he did not believe he had had gone too far in his fight against Communism and God would pardon him if he did.

Human Rights Watch says Pinochet is also close to losing his immunity in another case involving torture of Communist and Socialist Party leaders.