USA plans to deploy ABM base in Poland to control Europe

The Nobel Prize in geography was given to George W. Bush for his ability to learn the names of several Arab and Mideastern countries

The USA is ready to build ABM bases beyond its territory. An official spokesman for the Pentagon said that the USA had started active consultations on the matter with the government of Poland. The Polish authorities in their turn have already agreed to let the USA deploy one of its bases on Poland's territory. 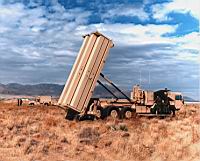 German magazine Spiegel wrote on November 17 with reference to the anonymous official from the Pentagon that the USA was launching official negotiations with Poland regarding the question of deploying ABM systems on the territory of this country in Eastern Europe. According to the official, the base will protect Western Europe from ballistic missiles, which could be launched from Mideastern states. The Polish Prime Minister Kazimierz Marcinkiewicz confirmed the fact of the talks with the USA. The head of the Polish government said that it was a highly important question for Poland, which touched upon both the country's security and cooperation with an important ally.

This bring up a popular joke to mind: “The Nobel Prize in geography was given to George W. Bush for his ability to learn the names of several Arab and Mideastern countries.” This joke probably describes Pentagon officials' knowledge of geography too. Where is the Middle East and Northern Africa, and where is Poland? The Czech Republic and Hungary were other candidates to house a US army base, but Poland apparently evinced more interest in the USA's offer. However, both the Czech and the Hungarians live very far from the Middle East too. One may thus infer that the USA has absolutely different objectives in its initiative.

The USSR pulled out from Eastern Europe quite a while ago, that is why the USA intends to establish its presence in the region now. The new Polish president hopes to develop close cooperation with the USA too. However, it was not only Russia that expressed concerns about the USA's military plans in Poland: France and Germany set out their worries on the matter as well. “It goes about the spheres of influence. The USA needs a new stronghold instead of Germany, whereas Poland needs to retrieve its leading positions in Eastern Europe. The USA and Poland have similar interests,” specialists form the History Department of the Moscow State University told Pravda.Ru.

”This is not the global, but the national system, that is why there will be a lot of malcontent people. It does not touch upon Russia's interests only, it is a highly important matter for Western Europe too. This base may seriously damage Poland's reputation in Europe too,” a Polish general said in an interview with the Wyborcza newspaper. Another Polish newspaper, Rzeczpospolita, wrote that the talks about the USA's plans to deploy an ABM base in Poland originally started in 2002, when Lech Kaczynski, the newly elected President of Poland, did not even exist in Poland's big politics.

The former Polish President, Aleksander Kwasniewsky, was trying to balance between Washington and Brussels. When the USA deployed its troops in Iraq, Kwasniewsky did nothing that could irritate Germany and France. Lech Kaczynski in his turn stated long before his pre-election campaign that he would try to cooperate with the USA more actively.

As soon as the new Polish administration took the pro-US position, the talks about the date to withdraw the Polish contingent from Iraq subsided quickly, although Kwasniewsky promised to do it before the end of the current year. Poland remained the only country, which did not deny the existence of CIA's secret prisons on its territory, although the EU administration threatened to take serious measures at this point.

The director of the center for economic and political research and developments, Vladimir Razuvayev, believes that Poland's current behavior in international politics reminds the rules of the Cold War period. “One could expect it from the political point of view. Poland asks for help from its ally and promises to let it use its territory in return. This is what Soviet and American allies used to do during the Cold War era. They can find a variety of explanations for such a decision – the need to struggle against international terrorism, the nuclear program of Iran and so on and so forth,” the scientist said. “There is definitely the moment of hidden anti-Russian agenda here. Poland is eager to become the leader in the region instead of Russia. Russia will protest against the deployment of the ABM base in Poland, of course, but nobody will listen to us,” Vladimir Razuvayev said.

Read the discussion about this subject on Pravda.Ru FORUM