Direct talks between Iran and the USA have received intensive news coverage in the world, but the talks are not expected to return significant results, experts say. The meeting was held to create an illusion of cooperation. Both US and Iranian officials were pursuing their own goals when they agreed to hold the meeting. The US administration is looking for an excuse to justify its possible military action. Iran tries to prove it to Iraqi rebels that it helps them in the struggle against occupants. 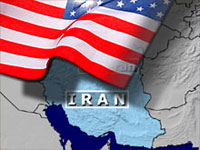 Top officials from the USA and Iran held direct talks in Baghdad for the first time in 27 years. Iraqi Prime Minister Nouri Al Maliki personally welcomed the Iranian and US ambassadors and showed them to a conference room.

None of the participants of the meeting hoped to achieve serious progress in the talks. Nevertheless, US Admiral William Fallon, the commander of US troops in the Middle East, released a landmark statement in an interview with The Associated Press. The official acknowledged that the US administration could not ignore the Islamic Republic of Iran. The admiral said that Iran was an important country in the region. “We must find a way to come to an agreement,” he said. At the same time, the admiral’s statement means that US troops will not be withdrawn from the region, as Iran would like it to happen.

Diplomatic relations between Washington and Teheran was suspended in 1979, when followers of the Islamic Revolution dethroned a sheikh who enjoyed the US support.

The results of the recent meeting of US and Iranian ambassadors can be predicted easily: there will be no results whatsoever.

As a rule, when two countries try to come to consent on a certain issue, they usually show tokens of good will to each other at official meetings as leaders deliver their speeches and politicians make promises to each other etc. In other words they prepare a ground on which they subsequently attempt to find common interests and points of contact.

This rule did not work for the above-mentioned meeting between USA and Iran. The US insists sanctions against Iran should be toughened, US authorities arrested Iranian diplomats in Iraq, exposed the supposedly secret plan of the CIA to destabilize the situation in Iran. To crown it all, it transpired that Washington’s allies and even Russian nuclear specialists were selling bad-quality equipment to Iran on the black market to sabotage the nation’s notorious nuclear program.

Iran did not sit on its hands either. Iranian officials made IAEA Director Mohammad El-Baradei change his point of view. Baradei eventually stated that the nuclear program of Iran should be restricted to peaceful research only.

The fact that the negotiations were held in Baghdad, the capital of the war-torn country, may only aggravate further relations between Iran and the USA. Most likely, the two parties will start the game of blame-shifting at this point.

Furthermore, George W. Bush was forced to authorize the meeting of ambassadors in Iraq. The US president continues to lose popularity in the USA, especially among the Republicans.

Any negotiations are usually held as an attempt to look into the state of affairs of participating countries. The USA may activate opposition forces in Iran. Iran is a strong and prospective country that strictly follows its interests. To crown it all, the fact that US officials decided to conduct negotiations with the country of the “axis of evil” shows that the USA has been losing its positions in the Middle East to the benefit of the new regional leader – Iran.

Speak your mind on Pravda.ru Forum