According to Syrian politicians, the UN's report pursuant to the assassination of the former Lebanese prime minister is politically biased and not true to fact

Lebanon still suffers from the tough control of its neighbor, Syria. It has been relieved of Syria's military presence, although politicians, who try to win freedom for their nation, are still in danger. It is not only the USA, which gains profit from democracy in this country; Israel's northern territories have to be on high alert permanently because of the Hizballah's bellicose activities. 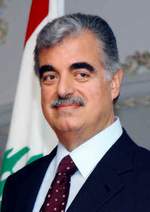 A special UN committee started investigating the assassination of the former Lebanese Prime Minister Rafik Hariri. The report, which the committee prepared under the guidance of the German judge Detlev Mehlis, was sent to the UN Security Council on Thursday.

The former prime minister of Lebanon, Rafik Hariri, was killed on February 14, when a powerful bomb blew up on the way of his car. The explosion killed 20 people; the country's Minister for Economy, Basil Fuleihan, died of wounds and burns too.

The new report gives quite a detailed and precise description of how the assassination was plotted. The document particularly says that a lot of traces of the crime lead to high-ranking officials in Syrian security forces. Damascus was rather unwilling to cooperate with the committee, but the continuing pressure of the international community eventually made a number of Syrian officials testify in the case.

The Minister for Foreign Affairs of Syria, Farouk Sharaa and his deputy, Walid Al-Moallem, wittingly gave false evidence during the interrogation. The brother-in-law of the Syrian President, Bashar al-Assad, and Assef Shawkat, the Chief of the country’s military intelligence, are also among the suspects.

It transpired before that Shawkat, the president's brother, Maher Assad, and the chairmen of Syrian and Lebanese special services decided to join their efforts and organize the assassination of Rafik Hariri as a result of several meetings, which they conducted in Damascus in the middle of September of 2004. The final variant of the above-mentioned report does not contain this information, though.

However, the document emphasizes that the decision about assassination could not be made without the approval from high-ranking officials of Syrian special services. In addition, the report says, the assassination of the Lebanese prime minister would not be possible without the cooperation between Syrian and Lebanese special services. The report also confirms the relevancy of the four generals' arrest, the heads of departments involved in the preparation to the crime. These facts make it clear why the Minister for Internal Affairs of Syria, Ghazi Kenaan, committed suicide several days before the publication of the UN report pursuant to Rafik Hariri's assassination.

Syria was holding Lebanon under absolute control until the withdrawal of Syrian troops from the country in the spring of the current year. Syrian politicians, however, continue to reject their implication in the assassination of the Lebanese prime minister, who was trying to liberate his country of Syria's pressure.

The majority of Lebanese are certain that the assassination was organized by Syrian officials. Syria was forced to withdraw its troops from Lebanon because of massive actions of protests.

The Syrian administration set out its indignation about the report prepared by the UN committee. An official statement released from the government of Syria particularly says that the politically biased report is not true to fact. “The report is made for those, who want to blame our country for all the trouble,” the statement ran.

Spokespeople for the Lebanese president also reject the allegation of his implication in the killing of the Lebanese premier. In addition, the editor of the Syrian newspaper Al-Baath, Elias Murad, does not see any evidence in the report to prove the existence of secret ties between Lebanese and Syrian politicians. According to the editor, the report has been changed. “This report is only a part of the US program to overthrow the elected administration of Syria,” Murad said.