Blair’s Legacy and the Hand of History

A massive figure on the world stage steps down as Prime Minister of the UK after ten years in office. As Labour asks itself “What now?” we take a look at the legacy of this historic leader and what ten years of Blairism have meant for the country he led and the rest of the international community. 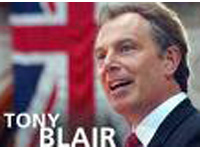 Blair’s Legacy and the Hand of History

Ten years ago today, Tony Blair was elected by the people of the United Kingdom to lead them as their Prime Minister for the first of three successive occasions (1997, 2001 and 2005), the first time the Labour Party has won three elections, placing him as the longest-serving Labour Prime Minister in history. For some reason.

Tony Blair was not, however, elected to police the world stage, to interfere in the complex framework of Balkans inter-ethnic politics or to place his country on the side of the crassest of mistakes in international relations, the illegal attack against Iraq. To want extent does his foreign policy cloud his legacy as a leader, and how reassuring will the hand of history be on his shoulder?

To judge Tony Blair fairly, it would seem logical to make a comparison between Britain in 2007 and Britain in 1997, after 18 years of fanatical monetarism by Margaret Thatcher and her followers had torn the fabric of British society apart. The hospitals were under-funded, the education system was creaking, crime was rampant, the railway system was dangerous to use. The fact that Tony Blair’s three governments managed to reverse the trend without raising taxation significantly (although some would point to so-called stealth taxation – unleaded petrol and diesel prices are the highest in the EU, for instance) would already be classified as a success, while pumping billions of pounds into public services, modernising the NHS and refurbishing accommodation in education, can only be described as an important step forward.

However, despite a decade of increased public spending, there remains an enormous amount to do in terms of providing a service through the mists of spin, paperwork and directives from above. Anti-social behaviour seems to have replaced the Thatcherite yobbism as the Great British Disease, a visit to a quiet country village railway station appears more like a trip to the local pigsty and old folk are afraid to venture out of their homes for fear of being “happy-slapped”, insulted, or worse. Treatment in hospitals is often more dangerous than staying at home due to a proliferation of infections, the National Health Service continues to lag behind many other systems in the E.U. and the education system stubbornly fares far worse than its peers across the Channel.

In political terms, Tony Blair’s close circle continued the work of Neil Kinnock and John Smith, defeating the Militant Tendency which rendered the Labour party unelectable and refreshing its image with the brand-new name, New Labour. It goes without saying that the figure of Tony Blair himself, as a brilliant orator, a shrewd debater and a sharp-witted performer in Parliament outshone every other political figure during his decade in office, and certainly, his was the prime responsibility for the return of Labour to power after two decades in the wilderness, hauling the party to the political centre where the hearts and minds of most British people lie, definitively forming an axis for debate of ideas with the opposition parties and therefore underpinning British democracy, which had suffered under Thatcher’s forbearing arrogance. This was unquestionably a remarkable achievement which nobody can take away from him and one which must crown his legacy.

Another remarkable success is the one which will consign Tony Blair to the history book as the British leader who finally managed to settle the Irish question, choosing the path of a constructive and intelligent attitude over an abrasive and short-sighted one. The Good Friday Agreement in 1998 turned a tortured page in Anglo-Irish relations putting an end to decades of Troubles.

In economic terms, for the first time, Labour was identified as the party of economic success, although quite how much of a burden the policy of borrowing will place on future governments remains to be seen. Yet the fact that Labour can today be identified with years of economic growth is already an important contribution to the party’s credibility.

History will tell whether Kosovo and Iraq are to be the two clouds which will haunt Tony Blair to the end of his days, two milestones which his legacy will forever have hanging round its neck and which cast an enormous and insurmountable shadow over his place in the history book, however well-meaning and well-intentioned his decisions may have been.

Nostalgia for the Cold War among the weapons lobby (NATO) painted a one-sided picture of Slobodan Milosevic as the Butcher of the Balkans, ignoring the fact that many Albanians in Kosovo were fleeing eastwards to the Serbs and away from the UCK terrorists, which Blair and Clinton decided to back. The fact that Britain joined the USA in this misguided act was perhaps caused by fears of another Balkans massacre taking place before the eyes of an international community which sat back with folded arms. However, backing the UCK terrorists made a mockery of later claims against international terrorism and the decision to create a Greater Albania as against an Integrated Serbia was one which will have sequels in the years to come, being something which five hundred years of history tried to prevent.

As for Iraq, Tony Blair understood that a Europe divorced from the USA was a dangerous step into the unknown and preferred to join Washington in the darkest period in the history of international relations. The lies, the forgery, the misleading of public opinion leading up to this illegal act of butchery - without any casus belli - can never be justified. Despite the fact that British forces were not involved in the type of butchery associated with the American Armed Forces does little to attenuate this massive error in foreign policy judgment, the result of what happens when Europeans forget their common legacy and go running after Quixotic ideals on the other side of the Atlantic, as Kings George II and III found out two centuries ago.

However, the book of Blair’s foreign policy is not restricted to two chapters. The invasion of Afghanistan was, although technically illegal, justified by public opinion due to the fact that the Taleban government was harbouring Al Qaeda terrorist training camps – and the horrendous attack on 9/11 gave a carte blanche for the campaign to remove Mohammed Omar’s regime, an anachronistic and heretical mixture of Pashtun lore and selected sections of the more radical teachings of Islamic law.

In the event, as was the case with previous foreign invasions of this country, the Taleban have regrouped, heroin production is back to record levels and there seems no quick fix for the Afghan government, sealed into the main cities while the rest of the country is run by war lords. This can hardly be classified as a foreign policy success, yet the campaign was understandable in the circumstances, whether or not one takes into account that the Taleban movement had its Genesis in the Mujaheddin, a creation of the CIA.

Moreover, there is another often unsung chapter in Tony Blair’sforeign policy, and one entire continent will forever remember his name, that being Africa. Tony Blair was the world leader who raised the issue of the failure to attain the Millennium Development Goals and who launched the debate on how the developed nations can help Africa, through collaboration under NEPAD and empowerment of African Union institutions. While this is set to be a long process, after centuries of colonialism and the cultivation of corruption to pave the one-way path Africa’s resources have followed, the all-important cornerstone has been laid and it would be grossly unfair not to link Tony Blair’s name with this process.

The Hand of History

Tony Blair was elected in 1997 because he promised to deliver a fundamental change in the way his country was run, providing a framework of government and a direction which would take the UK firmly along a course of social democracy, with a lasting commitment to revitalised public services and with an enormous question mark being raised against fundamentalist monetarism. A decade is a short period of time in which to gauge the degree of implementation of his programmes, yet the fact that commitment to this direction is unquestioned even by the opposition parties is a clear signal that his legacy is to continue for many years to come. That can only be described as a success.

History, however, has two hands and while one will lie on Tony Blair’s shoulder reassuringly, the other will point two fingers at his policy mistakes in Kosovo and Iraq.

Making a balance on the eve of his handing over to Gordon Brown is difficult, given the myriad of factors involved and the diversity of vectors which have driven this charismatic figure during these ten years. Yet globally, given that there are more successes than failures, even in foreign policy, the Blair decade should constitute an important chapter in British and world history.

Consigning his legacy to the dustbin of Kosovo and Iraq is a short-sighted approach which fails to make a global and objective appraisal of his policies.

His bringing the Labour Party into an area where it could debate fundamental and eternally relevant policy issues was a massive contribution to British politics, his solving of the Irish question was a major conquest for British history and his pursuit of an ethical foreign policy, and championing of Africa’s cause, laid the building blocks for an international community, which free from the shackles of American neo-con terrorism, can walk together into a new era.