Germany falls into the hands of the woman 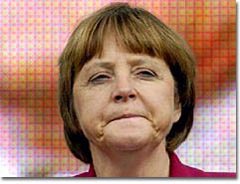 On Monday it was announced who would become the new federal chancellor of the Federal Republic of Germany. The leader of Christian democrats, Angela Merkel will head the coalition government, in which her fellow party members from CDU/CSU will hold one portfolio less than the social democrats. It is the first time that the woman practically becomes the leader of the country.

Talks between CDU/CSU and the Social Democratic Party of Germany lasted for three weeks. No party wanted to cede the post of chancellor. Both Angela Merkel and Gerhard Schroeder considered themselves winners. According to results of the elections of 18 September and preelections of 2 October in Dresden conservatives took only four seats more than the ruling social democrats. It was obvious that only “a big coalition” could save the situation.

Russian and foreign experts agree that in terns of home policy the main stress of “the big coalition” will be on fighting unemployment and increase in prices, which have been rising constantly since the beginning of the new millennium. As far as foreign policy is concerned, Merkel will try to head more for the USA. Nevertheless, taking into account that the cabinet will be formed by the coalition foreign policy course of Germany will not be greatly changed and will become a result of compromise. Bringing of German troops into Iraq, for instance, is not likely to happen.

In the interview to Pravda.Ru ex-ambassador of Russia in Germany Igor Maksimychev said, “There are a lot of people in Merkel's team who think in categories of cold war. They consider themselves winners and winner has the right to instruct the beaten one. It shouldn't be forgotten that Merkel herself comes from the former German Democratic Republic”. At the same time he thinks that all this will lead to nothing more than a temporary cooling. According to Maksimychev the projects of North-European Gas pipeline involves BASF group that is closely connected with CDU/CSU, which guarantees the further realization of the project.

The Chairman of the Russian Federation Council's Foreign affairs Committee, Mikhail Margelov also seems optimistic. “As far as German-Russian affairs are concerned they will stay on the same high level of solidity. They are supported by the time. Angela Merkel will certainly drop a curtsey referring to Poland but this will not go further. Elections are one thing. Political routine is another,” he told Interfax.

It is worth mentioning that the changes are also likely to take place in terms of the EU expansion. Unlike social democrats CDU/CSU always was strongly against Turkey joining the EU. At the same time, the chances of Croatia entering the union may increase greatly. Social democrats never put obstacles in the way of Croatia into the EU while Christian democrats as well as their close alleys from Austria's People's Party have always thought that there was no sense in delaying this. The demands of providing Germany with a permanent place in the UN Security Council will become more insistent. At this poiте the parties forming the coalition will start competing. They will try to figure out whether it was the chancellor or the head of the Ministry of Foreign Affairs who contributed more into this sphere. Or whether it was Gerhard Schroeder who is considered by analysts the one to become the permanent representative of Germany in the UN.

At the same time all analysts agree that the coalition government will not last for long. Everybody is giving the example of similar coalition of 1966-1969 that was predicted to live a little bit more than two years. CDU\CSU and social democrats disputed about every issue, which resulted in prescheduled elections.