The crime that started criminal wars!

If your first guess is the attacks of September 11, 2001, on the World Trade Center and the Pentagon, guess again. 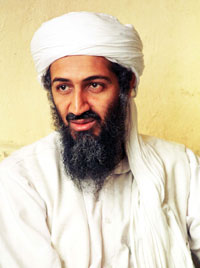 The crime that started criminal wars!

It is a different crime, just as hideous by any legal standard and in any jurisdiction, but this crime, due to its very serious implications, is preferred by many to remain a secret.

It is a crime whose victims are not just the innocent civilians in Afghanistan and Iraq, but also every unsuspecting military personnel who put his or her life on the line in this synthetic war on terror, and you, the reader.

All preventable wars are illegal and criminal. According to the UN charter, “ All Members shall settle their international disputes by peaceful means in such a manner that international peace and security, and justice, are not endangered.”

Bush and Blair had the evidence that Bin Laden was responsible for the 9/11 attacks as early as September 26, 2001, but that evidence was only shared with those who were important for the execution of their war, such as NATO and Pakistan (Bush, Blair, and the Terrorism Shell Game ), and kept away from those sane entities who were looking for a just and peaceful outcome.

That evidence was not released until December 13, 2001, more than two months after the invasion of Afghanistan. On that date, the Pentagon released a tape of Bin Laden in which he confessed to his visitor, Khaled Al-Harbi, of prior knowledge of the 9/11 attacks.

A detailed analysis of the tape, the only authentication work on record, was summarized in an article published by counterpunch.org, “Osama’s Confession; Osama’s Reprieve ”. The article confirms Jason Burke’s report , in The Observer, that the tape was the result of a sting operation and goes further to show that the sting was of a two-part sting run by U.S. intelligence with the help of Saudi intelligence. The first part of the sting was to tape Bin Laden confessing; the second was to capture him.

The Bush administration was the closest ever to Bin Laden and could have captured him on September 26, 2001, the date of the taping. On that date, intelligence operatives were feet from him, had 4 days advance notice of the date of the meeting, 24 hours advance notice of the exact location, and knew that Bin Laden would be there for at least 3 hours if not longer since his family and his favorite son Hamza lived in that village and Bin Laden was very likely to stay overnight.

This brilliantly scripted opportunity to capture him, barely two weeks after 9/11 and ten days prior to invading Afghanistan, was squandered in favor of taping him confessing.

There is no telling how the war on terror would have evolved with Bin Laden in custody, but, if captured on September 26, there would have been no justification and no international support for military operations against Afghanistan ten days later; the civilians who died in Afghanistan as a result are no longer unfortunate collateral damage as Rumsfeld would like us to believe, they were murdered.

On September 26, 2001, The Geneva Convention, The UN Charter, and Bush’s promise of “dead or alive” took a back seat to geopolitical gains in Central Asia.

The counterpunch article also shows that Bin Laden’s capture was differed to a future unknown date with little or no advance notice and little control over the capture operation parameters.

The technical analysis of the tape, places a member of the sting team that did the taping in the village up until November 5, 2001. Based on events and the variety of U.S. assets that converged on that little village on November 2, 2001, his duty was to alert the Special Forces of when Bin Laden returned to visit his family.

On that same date, the Pentagon reports that a Predator unmanned drone went missing at 2:15 pm ET, 11:45 pm local.

When the counterpunch article was published, I had not made a connection to the Predator but there was one loose item in my analysis of the Pentagon tape that I filed away thinking it did not effect its conclusions. This item was a four cylinder, air cooled reciprocating engine with a Garrett turbo charger. At the time, I knew it was not large enough to run the main rotor of a military helicopter and assumed it was an auxiliary power unit (APU) that a variety of aircrafts use.

I recently decided to revisit that item. I approached my investigation from a different angle and, after two days of work, was able to identify the engine as a Rotax 914 and the only aircraft that uses it is an advanced Predator of which the Air Force had only two prototypes in operation on the date of the crash.

Bad weather might have been the cause but freezing rain did not cause equipment failure; both the Predator and the helicopter are equipped with sophisticated deicing systems. The Bad weather and low ceiling might have caused the air space to shrink and caused the equipment to fly in close proximity. While the helicopter is equipped with a collision avoidance system, the Predator is not.

Predator excluded, a university math professor, a statistics specialist, had put the probability of Bin Laden being with his family in that village, a village of 100 mud-huts in a country as large as Texas, at the same time as the helicopter at 5 in 1000 and much lower on a night with freezing rain. When an intelligence operative was added to his calculations, the probably got closer to certainty that Bin Laden was the target.

Now that a Predator is also placed at the scene, one of only two examples in the American Air Force’s arsenal, there is no doubt that Bin Laden was the target of either an elimination or capture operation.

One might think that sending those troops on such an operation and in such horrendous weather conditions is tantamount to sending them on a suicide mission. On its own it might not, but were those sent on the mission aware of the taping operation and the better opportunity to capture Bin Laden?

The failure of the capture part, the important and what should have been the primary objective of the sting operation, makes the entire operation a failure and renders confessional video a sensitive by-product of a failed intelligence operation.

On December 13, 2001, the date the tape was released by the Pentagon with presidential approval, there was no real need to release it. All was going the way the Bush administration wanted except for sentiments in the Muslim world, which heightened the Bush administration concern about support for the upcoming war, the Iraq war; their preferred target and their first choice after 9/11.

Ramadan had started on November 16 that year and Bush and Rumsfeld chose to continue military operations during that holy month regardless of the pleas from Muslim nations in the Middle East and Asia. The images that were reaching Muslim households through Al-Jazeera during that month infuriated them and evolved into a strong call for proof that Bin Laden was responsible for the 9/11 attacks.

The only item in the possession of the Bush administration that can counterbalance the images of dead civilian Afghanis was the Bin Laden confessional tape. By releasing the tape, a by-product of a sensitive intelligence operation, to justify an illegal policy of aggression at the detriment of America’s national security, the Bush administration committed high treason.

When Bin Laden saw himself on TV confessing he realized that the taping was done by a covert camera and realized how close intelligence were to capturing him; Bin Laden would never let anyone that close again. The release of the tape undermined all future efforts to capture Bin Laden, whether they were conducted by the Bush administration or any future administration.

On December 13, 2001, the promise of “dead or alive” became the biggest lie that the American public and the world are living.

The majority of the information I shared with you has been shared with major mainstream media outlets, selected senators and congressman, judiciary committees in house and senate and law enforcement; no action has been taken yet.

Unlike other crimes that the Bush administration is suspected of, the evidence used to expose this one is still in the public domain; all supplied by the Pentagon and government officials, nothing can be denied and nothing can be taken back.

Also, unlike the ruins of The World Trade Center, which were so conveniently and expeditiously hauled away, this evidence is still intact and available to the media, governments, and law enforcement to probe and independently analyze.

If they choose to investigate, their resources and access that are far superior to mine should quickly lead them the same conclusions. If they choose to ignore the issue, their inaction can only be seen as aiding and abetting criminals.