USA spends over 100 million dollars on coups in former USSR

The USA has spent over 100 million dollars on so-called color revolutions in post-Soviet republics of Ukraine and Kyrgyzstan. The figures were unveiled in a documentary by French film-makers titled “Revolution.com. The USA. The Conquest of the East.” According to French film-makers, the USA stands behind a whole series of color coups: the velvet revolution in Serbia, the revolution of roses in Georgia, the orange revolution in Ukraine and the tulip revolution in Kyrgyzstan. The USA, the documentary says, is certain that the war is not necessary to bring the required regime to power in this or that country. It is not ruled out that the USA repeats its previous experience in other republics of the former Soviet Union, such as Moldova. 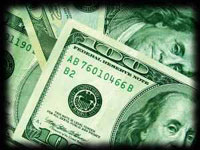 USA spends over 100 million dollars on coups in former USSR

“Four violent revolutions, four totalitarian regimes and vestiges of the erstwhile Soviet power sank into oblivion within a couple of weeks. The events happened under one and the same scenario: falsified elections are held, authorities show desperate resistance and eventually give way to protesters,” the film-makers say.

The French documentalists believe that the USA tested that technique for the first time in Serbia. Serbia became the country were the theory of Gene Sharp’s book “From Dictatorship to Democracy” was put into practice. For example, the book contains a chapter on how revolutionaries should establish friendly terms with the police, or the stronghold of every dictatorship.

Gene Sharp wrote in his book that those, who attempted to dethrone Slobodan Milosevic in Serbia in 2000, were following his recommendations to avoid tough repressions during the revolution. When Milosevic’s regime collapsed, it was the Serbs who continued to distribute the US technique and helped Georgians overturn President Eduard Shevardnadze, who used to be the Foreign Affairs Minister of the USSR. Similar practice was used for the orange revolution in Ukraine, the French filmmakers say.

Ten months after the successful campaign in Serbia, the US Ambassador to Belarus, Michael Kozak, who has the experience of running similar actions in Central America, organized such a campaign in Belarus too, in an attempt to dethrone President Alexander Lukashenko. The efforts of the US official returned no results: “There will be no Kostunica in Belarus!” Lukashenko claimed.

Thousands of local observers, educated and funded by the West, participated in the Ukrainian elections. Exit polls were organized too, which subsequently showed that Yushchenko’s victory was based on only eleven percent of votes, which left his rivals behind. Those results triggered the national revolution in the post-Soviet country.

The French filmmakers are certain that the US administration is not going to cover its activities to establish political parties and organizations in various countries of the world. Well-known US-based foundations, such as George Soros Foundation Open Society, Freedom House, the International Republican Institute (IRI) and some others, are directly involved in the funding of color revolutions outside the United States. It goes without saying that the masterminds of those coups prefer to stay away from the public attention, claiming that they are doing that work for everyone’s good. US Senator John McCain once said that the revolutions in Ukraine, Georgia and Lebanon would happen without the interference of US-based organizations.

The French filmmakers do not say, where exactly on the post-Soviet space the next revolution will occur. They believe, however, that the USA is preparing coups on the entire territory of the former USSR.