As it was expected, the meeting of ministers from gas exporting countries in Qatar did not bring any progress in concluding an agreement on making a gas organization similar to OPEC. Russian Industry and Energy Minister Viktor Khristenko told reporters before the departure to the meeting that Russia would not sign any documents on making a new gas organization. Other countries that are seen as potential leaders of such a gas cartel joined Russia’s opinion. The nominal host of the meeting Abdullah al-Attiyah, the oil minister of Qatar that holds the world’s second largest gas reserves protested against naming the meeting ‘a cartel’. He emphasized that the ministers gathered just to discuss their concerns. Iran was the only among the largest gas exporting countries that supported the idea of forming such an organization, but later it gave up its initiatives. Oil Minister of Iran Kazem Vaziri Hamaneh stated that the agenda of the meeting included no issues on forming a cartel. “We gathered to state our opinions on technical problems and product markets,” he added. 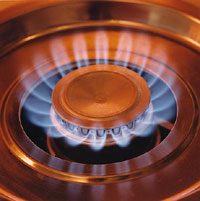 At the end of the forum the ministers approved of a proposal put forward by Russia. It suggested creating a top level executive coordinating committee to develop an agenda of the next meeting that is to be held in Moscow in a year. Besides, the issues of pricing in the gas sphere, its infrastructure and contacts with consumers are to be studied in the framework of preparation for the next meeting. Viktor Khristenko says that gas exporting countries should have a properly coordinated stand as concerning the issues. He explained that it must be a stand achieved in a close dialogue with other gas producing organizations, foreign clients and others.

Gazprom’s CEO Alexey Miller who has taken part in the forum says that the problem of the gas market security is the most important one today. In this connection, key figures on the market need to closely coordinate their actions, work plans, investment plans and export strategies. He emphasizes that only joint efforts of all market participants can guarantee the demand and supply security on the market of energy resources. Cooperation in the sphere will make for predictable market development which is essential for suppliers as well as for gas consumers.

Abdullah al-Attiya made a very important statement during the meeting that became an informal but a more essential result of the forum. The oil minister of Qatar said that the reaction of the West to the meeting of ministers in Doha was negative. He added that the West must first establish a dialogue to discuss all questionable issues before they impose new types of regulation or duties upon gas suppliers. Gas suppliers and consumers should have trusting relations, to be positively minded towards each other and not bring accusations against each other, he added. This is just exactly what Russia is invariably demanding from its largest gas client, the European Union. The importance of establishing a constructive dialogue between suppliers and consumers of energy resources was one of the key issues discussed at the G8 summit in St.Petersburg.

It is quite understandablewhyrivalsaregetting so much at one with each other on the emerging gas market. It has been a longstanding principle of Iran to follow the lines that are particularly annoying for Washington. At the same time, the gas business of Qatar that used to develop thanks to western investment and technologies is now experiencing serious problems in the relations with its western partners.

Huge sums have been spent on building terminals for liquid natural gas production and export. It was supposed that thanks to the projects Qatar would become the world’s largest producer of liquid natural gas by the end of this decade. However, some of the projects are suspended and others may be cancelled at all, the Qatar oil minister said the other day. The Bloomberg agency cited him as saying that in spite of successful development of the gas industry and the increasing demand for gas from consumers, gas producing countries are in for serious problems. He means that countries producing natural gas have problems in building plants, infrastructure, gas pipelines and export terminals to export gas to the world markets. Together with other negative factors these problems have effect upon construction spending and the period of project execution. This is because US’s giant ExxonMobil Corp. has already given up one of liquid natural gas projects in Qatar. It will frustrate Qatar’s plan to take a leading role on the world market of liquid natural gas thanks to development of the world’s biggest gas field North Dome in the Persian Gulf. The country’s long-term contracts on gas supplies can be upset as well. It seems that Qatargas employs the talks about coordination between gas suppliers, Russia first of all, to make its western investors and gas consumers more agreeable at the coming talks.

Why does Russia agree to play this role in the conflict between its potential rival on the market of liquid natural gas and its clients instead of taking the opportunity to sell its gas at Stockman for instance? A member of the Russian delegation at the meeting in Qatar told the Vremya Novostei newspaper that it was no bad of Qatar to ask for higher prices and more concessions from its clients. It is not ruled out that the visit of Russian President Vladimir Putin to Qatar two months ago may promise closer cooperation between the two national companies, Qatargas and Gazprom, and also exchange of their assets. It is likely that the numerous talks of the Gazprom delegation headed by Alexey Miller were focused on realization of the plans.

If this alliance is formed it will be a much worse variant for the West than a cartel of gas producing countries. Even if Iran is not involved, the cooperation between Qatargas and Gazprom will definitely control a great part of the European market and about a quarter of the liquid natural gas export. And this is the reason why such a union is unlikely to appear at all. Besides, neither Russia nor Qatar holds a technological potential to independently develop complex shelf projects. So, the idea of an alliance between the two gas producers, if there is such at all, is quite unreal.