The share of natural resources in Europe, the USA and Japan makes up only one of two percent

The World Bank published the list of wealthiest and poorest states. Russia has not been mentioned in either the first or in the second group. However, Russia is closer to the lower part of the list: with 38,709 dollars of the national wealth per capita. To draw a comparison, every citizen of Switzerland (which tops the chart) can possess $648,2 thousand. Almost the entire Europe, the USA, Japan and even the African state of Botswana ($40,592 thousand), Namibia ($39,907 thousand), Peru ($39,046 thousand) are listed ahead of Russia. However, it is much more important to see not the list of countries, which come ahead of Russia, but the reason, which creates such a state of affairs. 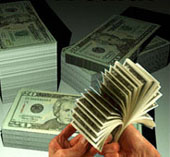 The advantages of Switzerland are obvious: this country has not been waging war with any other country for several hundreds of years. In addition, Switzerland became the banking center of the world owing to its eternal neutrality. There is hardly any mineral wealth there, but there is a perfect banking business and the globally recognized watch production in Switzerland along with such prosperous industries as metal-working, machine-building, computer production and tourism. Quite on the contrary, Botswana, a state in the south of Africa, managed to climb out of poverty with the help of natural resources: the profit received from diamond sales were aimed to fund the national field of education, healthcare and infrastructure. As a result, Botswana experienced a considerable economic upsurge.

It is worthy of note that the World Bank's chart is made on the base of all elements of national wealth that each separate state has. WB specialists take into consideration natural resources, the production capital and non-material assets, which include technologies, the human capital and the quality of social institutions. According to the World Bank, almost 50 percent of Russian people's national wealth is made of natural resources ($17,217 per every citizen). Other forty percent include the production capital, and only 15 percent of the national wealth is made of non-material assets.

Everything is different when it comes to European states, the USA and Japan. The share of natural resources with the countries from the top ten of the above-mentioned list makes up only one of two percent; the production capital share is not more than 30 percent. Non-material assets – the scientific and technological potential, a better living standard – constitute the basic part of the national wealth (from 63 to 87 percent) in those countries.

The analysis of the Word Bank clearly shows that oil cannot replace brain. A similar conclusion can be made from another research – the annual UN Human Development Report. UN specialists analyzed the information about the living standard and the social protection of people living in a variety of countries, as well as their state of health, the level of education and cultural development. Norway, Iceland, Australia, Luxemburg and Canada were named the most successful and prosperous countries of the world. The USA and Japan were listed on the tenth and the eleventh places respectively. Russia took the 62nd position from the total number of 177 and lost four positions in comparison with the previous report, which the UN released in 2004.

Scientists conduct a whole bouquet of other similar research works on a regular basis every year. For example, the World Values Survey, a group of sociologists from different countries of the globe, publish their reports every four years. The works are based on the so-called rating of happiness. The specialists disregard the financial factor or the intellectual level of this or that country, but pay first priority to people's attitude to life. It may seem rather surprising, but it was Nigeria which topped World Values Survey's list a couple of years ago. An average Nigerian citizen lives for 51 years, although they live even worse than below the poverty line. However, Nigerian people are the happiest people on the planet, researchers from the group concluded. Skeptics say, however, that their every-day happiness is based on the fact that they manage to live until tomorrow.

It is about time Russia should think about its citizens' future and the level of the national wealth when Russia runs out of its natural resources.