The US to fight "clean-skin" terrorists from Europe

The US has expressed apprehension that the next September 11-style attack on America could be launched by Muslims from Britain or Europe who feel like "second-class citizens" alienated by a "colonial legacy". 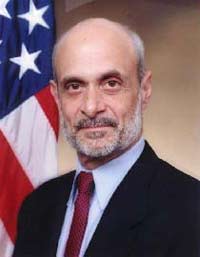 The US to fight "clean-skin" terrorists from Europe

Michael Chertoff, the US Homeland Security chief, told The Daily Telegraph before his visit to Britain commencing tomorrow that the US was determined to build extra defences against so-called "clean-skin" terrorists from Europe, meaning those who travel with completely legitimate documents.

"We need to build layers of protection, and I don't think we totally want to rely upon the fact that a foreign government is going to know that one of their citizens is suspicious and is going to be coming here," he said.

Chertoff rejected the idea that the Iraq war had made the world more dangerous, hindu.com reports.

Mr. Chertoff insisted that America required additional information, including e-mail addresses and credit card details, to vet European passengers and rejected "the idea that we're going to bargain with the European Union over who's going to come into the United States" under the visa waiver scheme, hindu.com reports.
"We have an absolute right to get this, in the same way that if someone wants to be a guest in my house, I have a right to ask them who they are and get identification."

The July 7 bombings nearly two years ago had shown that Britain had a problem with its Islamic immigrant population that America did not share, he argued.

"Our Muslim population is better educated and economically better off than the average American. So, from a standpoint of mobility in society, it's a successful immigrant population. To some degree, the whole country is a country of immigrants, and therefore, there's no sense that we have insiders or outsiders. In some countries [in Europe], you had an influx of people that came in as a colonial legacy and may have always have felt, to some extent, that they were viewed as second-class citizens, and they've tended to impact and be kind of clustered in some areas."

Mr. Chertoff, a former federal prosecutor, said one of his biggest worries was that "unknown terrorists" — such as most of the July 7, 2005, bombers, who were British citizens with no criminal record or intelligence traces — could use the visa waiver scheme to enter and attack America, mrt.com reports.

Mr. Chertoff said, "We can do a good job with the known terrorists, if we have their name, or if we've previously arrested them and have their fingerprint on file" but a more potent threat was the terrorist with no known form. The fear has always been the so-called ‘clean-skin' — that's a person whose documents are completely legitimate — are not forged."

Britain is among 27 countries that participate in the scheme, which allows visitors to enter the US without a visa for up to 90 days. About 18 million people visit America every year under this programme.

Richard Reid, the "shoe bomber" who attempted to blow up a transatlantic flight in 2001, was a British citizen travelling under the visa waiver scheme.

Zacharias Moussaoui, one of the September 11 plotters, was a French citizen who entered America without a visa. Mr Chertoff said that "we can do a good job with the known terrorists, if we have their name, or if we've previously arrested them and have their fingerprint on file" but a more potent threat was the terrorist with no known form.

"The fear has always been the so-called 'clean skin' - that's a person whose documents are completely legitimate, are not forged."

This had led the US to require a significant tightening of the rules for passengers travelling under a visa waiver. Among the new requirements are that all passenger information be transmitted to the US before a plane takes off. Soon, passengers will have to give all 10 fingerprints, rather than just two.

"If someone's a terrorist, and they've left their fingerprints at a training camp, or in a safe house where a bomb was built, and those latent fingerprints are collected, we can then, when someone crosses a border, match their real prints against those latent prints even if we don't know their name," he said.

Mr Chertoff rejected the idea that the Iraq war had made the world more dangerous.

America was "unquestionably safer and more secure" than it was on September 11 2001 but there was a danger of complacency because it had not been attacked for more than five years, telegraph.co.uk reports.