International community comes together in pledge to respect and protect means of cultural expression in Convention on the Protection and Promotion of the Diversity of Cultural Expressions, adopted by the General Conference of UNESCO two years ago and ratified on Sunday after gaining the support of 35 member states. 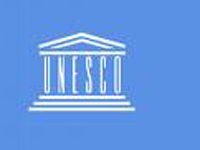 UNESCO aims to “create the conditions for cultures to flourish and to freely interact in a mutually beneficial manner” and one of the main beneficiaries will be the world’s languages, half of which are in danger of disappearing. It is also intended to extend means of cultural expression out of the poles around which they gravitate and enable more countries to engage in a wider diversification – for instance, the cinema has long been the feud of a small number of countries.

To this end, the Convention will set up an international fund to finance programmes for cultural diversity, in which culture fosters development and international cooperation. The underlying principles are that “freedom of thought, expression and information, as well as diversity of the media, enable cultural expressions to flourish within societies”.