Brazil, Russia, India and China to outdo Europe and the US

The main economic analysts of today share their thoughts of tomorrow 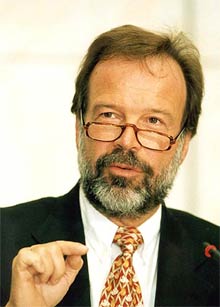 What the year 2020 will be like? Although it seems not a long way away, still it is wrapped in mystery. Some 50 years ago sci-fi writers were foretelling the future without any doubts. Experts of today are more careful in their predictions. The world is changing so quickly that the human mind is unable to keep up.  Experts from the research department of Deutsche Bank under famous analyst Dr. Norbert Walter decided to take a look at the future. Their research is based on analysis of economic situation in 34 countries.

It turned out that euro zone bankers could not imagine the world without the US dollar as the main currency and means of payment even in 2020. According to their forecasts, the world will stay unidirectional with only one superpower – the USA, GDP of which will reach $17-18 trillion by that time.

Experts from Deutsche Bank certainly expect competition of dollar and Chinese yuan in 2020. Analysts are sure that in 15 years china and India will be some of the leading nations of the world. China, for instance, will become the world assembly shop and the second superpower, followed by India. However, the latter will have to carry out reforms more aggressively, Deutsche Bank. “Further reforms will allow India to keep its growth high at six percent every of next ten to fifteen years. If the reforms are carried out aggressively the growth of GDP may reach seven or eight percent”, Norbert Walter said at the seminar of Indian-German Chamber of Commerce.

At the same time the role of the EU will become less and less important, according to the research. Besides, it is said that the economies of some EU members including France and Germany will lose their positions in the world.

The growth rate of Spain and Ireland will be higher than average European due to the openness of their markets. Another positive factor in their development will be dynamism of investors, favorable demographic perspectives and balanced immigration policy. Experts came to the conclusion that as far as politics is concerned European states have to develop structural political system that can guarantee their further integration. Great changes both in economic infrastructure and social system of European states are needed in order to overcome negative tendencies.

It is worth mentioning that Deutsche Bank research is contrary to that made by another European analytical centre. In March investment group Goldman Sachs published the work of its chief economist Jim O'Neill about the future of world economy. O'Neill is a legendary economist that became famous after his main forecast – dollar's landslide – became a reality.

O'Neill thinks that in terms of living standards Russia will be ahead of Italy and Germany by 2050. When it comes to GDP it will leave France and Great Britain behind.

According to O'Neill, four developing countries Brazil, Russia, India and China (so-called BRIC) will be ahead of six largest industrial countries of the world in terms of cumulative USD GDP. He says that China can leave the US behind as early as by 2040, whereas India will be ahead of Japan by 2035 and Russia can outrun any country in Western Europe by 2030.

The role of the BRIC economies will grow quicker in the sphere of energy: in the next 15 years they will consume more energy than the EU and the US. The growth will be slower in the world motorcar market: BRIC countries will become leaders only in 2025-2030. The share of the four countries in the world capital market will be probably not so big, although it depends on the policy of the countries. Jim O'Neill does not consider the USA motive power in the economic progress. He thinks that at the moment China and other BRIC countries are more important in the accelerating of world economy. They provided for 40-50 percent of the world economic growth.

The CIA in its long-term strategic forecast views the fate of Russia differently. According to this prognosis Russia will be able to become a country with the headlong growing economy, but will not become the leading economic power. The report says that Russia together with Brazil, South Africa and Indonesia will belong to a group of countries where economy will grow faster but will leg behind the world leaders China and the US.

The authors of CIA Project 2020 say that Russia will not be able to become one of the economic superpowers because of its failure to solve social problems: unfavorable demographic situation, spreading AIDS as well as slowing down in democratic reforms. A serious threat will remain organized crime and Islamic terrorism.

Nevertheless, these problems will be partly graded by Russia's ability “to change the vector of economic power”. According to the report it will be theresult of the Russia's position as the main supplier of energy carriers. Russia will be able to provide for the one third of energetic needs of Europe, with export of energy carriers as the main constituent of Russian foreign policy.

The report also predicts large-scale but controllable migration from the Central Asia to Russia: up to a million people can move to Russia bringing down social tension in Asia and making up for lack of labor force in Russia.